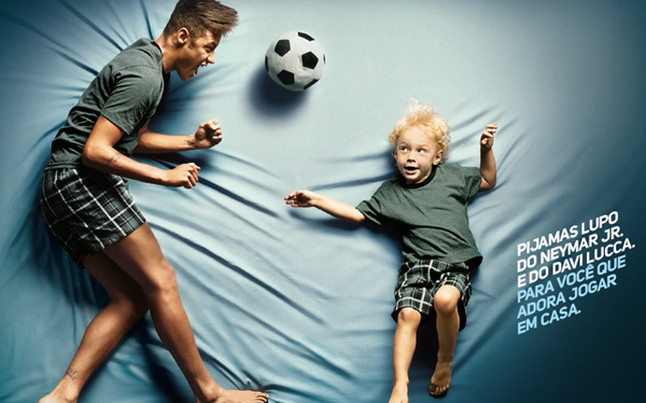 Neymar Jr. is a superstar and a Brazilian icon. This time, the fashion brand Lupo, included the player’s son Davi Lucca (3 years old) in the brand’s latest campaign. Neymar and son have posed together for the latest advertising campaign for the new line of pajamas of the brand.

FC Barcelona’s player, a global advertising star and especially in Brazil, is the image of this company since 2011 and in the latest campaign father and son mimic football poses on a mattress. 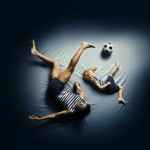 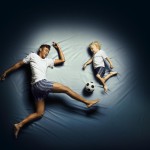 After his first experience in front of the camera with his son Neymar Jr. said “Davi has always liked photos and he is a very spontaneous child. For me it was wonderful to be with him this time.”

The commercial director of Lupo, Carolina Pires, trusts the outcome of the campaign will be very positive. “Children always love to imitate their parents in the way they dress, walk, etc. Lupo has developed a line of pajamas for parents and children thinking about this.”

She added that “Given that Neymar has been the brand’s image for the last three years, nothing more logical than to think of him and his son to disclose this line of pajamas”.

The player features in a series of printed ads and below these lines you can see a two minute “behind the scenes” video to see how the photo shoot was done.

The campaign had nice exposure and media coverage and important publications mentioned it as seen in the example below. 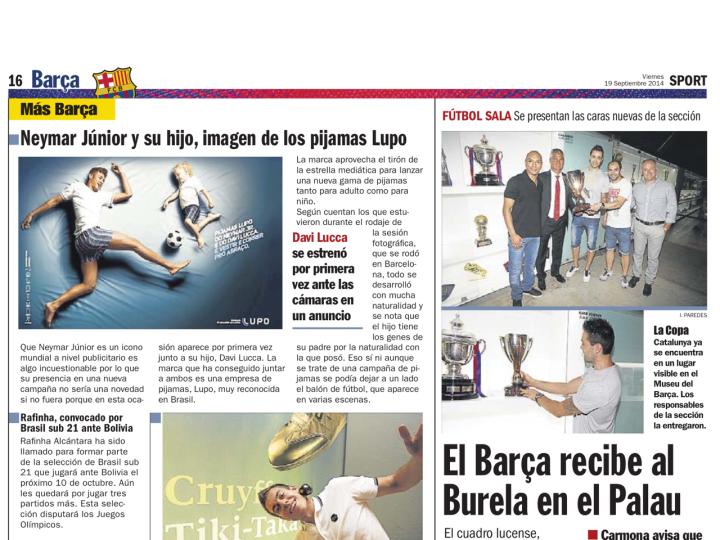