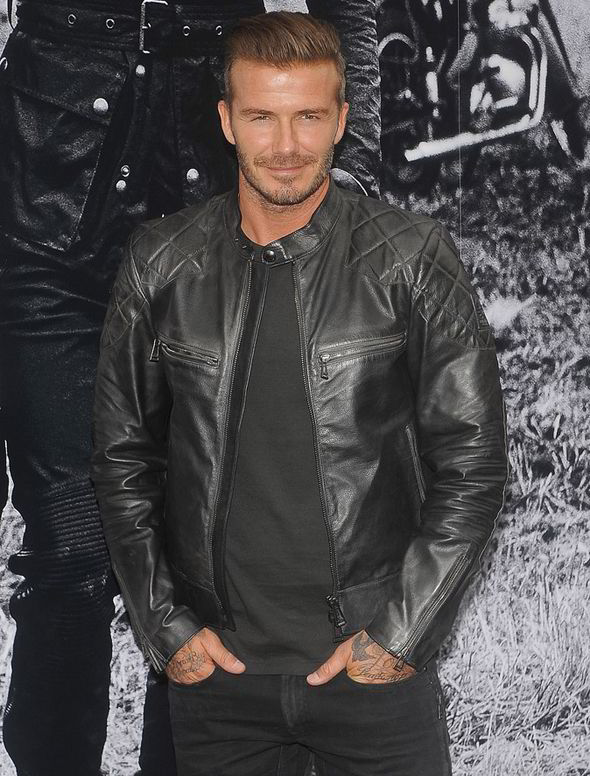 The former soccer player, who has been an ambassador of Belstaff for a while, was in town to support his wife, Victoria, as she showed her women’s collection, but a few days layer it was all about his designs.

David Beckham drew a large, squealing crowd outside the Belstaff store on Madison Avenue for a personal appearance to promote his motorcycle-inspired capsule collection for the luxury brand. The event was also a book signing for the new coffee-table tome, “Off Road/David Beckham,” a compilation of the athlete’s ads for the brand shot by Peter Lindbergh. 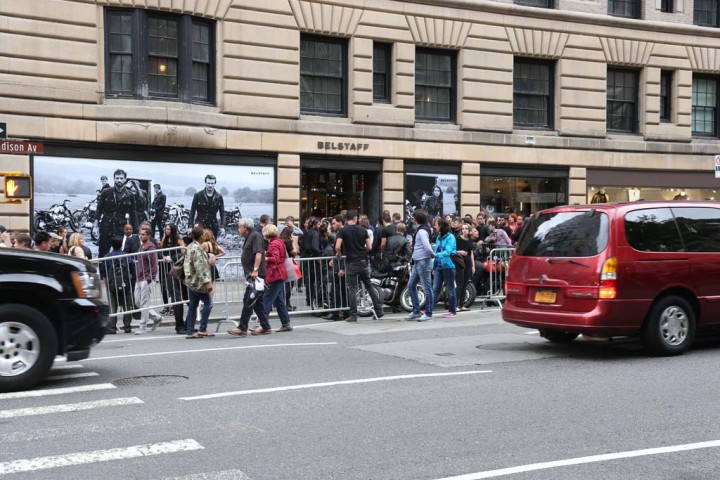 The event had some nice coverage all around the globe, proving that brand ambassadors are relevant and help brands raise awareness and gain exposure. In Spain, for example, the event was mentioned in some of the most important sports newspapers. 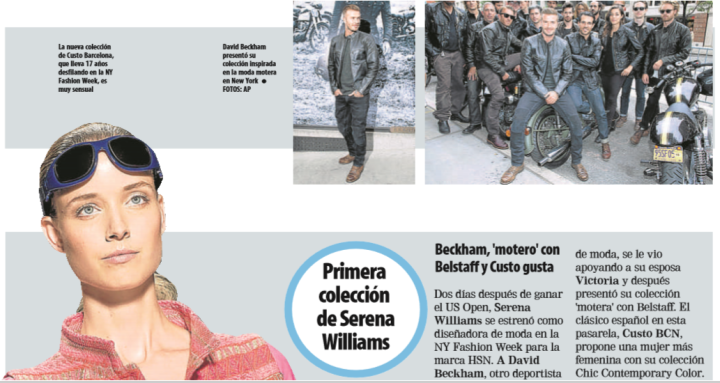