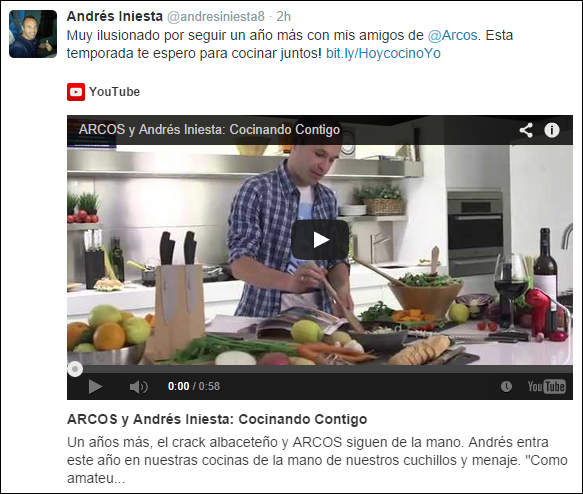 The football star joined Arcos, once again, to promote the brand, which is originally from Albacete like Iniesta. The player took part in a photo shoot session where he conceded an exclusive interview and his skills as a cook were tested. Andrés entered in the kitchen together with Arcos’ knives and utensils and he said that: “As an amateur in the kitchen is what I like to learn, know the products and see how things are done”. He added, “I know Arcos since I was a little kid. We are from the same land and I have always used these knives. They are a perfect tool for cooking.” The player is happy and he announced his renewal to his fans via Twitter. The brand, of course, is delighted to have renewed with his iconic ambassador.