When José Mourinho arrived in Spain to manage Real Madrid in 2010 no one was used to a manager keen on capitalizing media headlines and paper covers, in a strategy that would result not just in him creating his own “brand” but also in pressure taken away from players. But when I moved to London at the end of 2013 I realized that this was common practice in England, where managers capture media attention well ahead of players individually, who are not conceding press conferences and interviews as often as managers do.

As a result, managers are nowadays becoming increasingly popular, have started to be less reluctant to social media and ultimately became keen on becoming ambassadors for brands and on cashing-in money associated to it. In fact, never before football has seen a collection of managers on duty with such an enormous global popularity and therefore with a real possibility to compete for endorsements with most successful players off the pitch.

We have recently seen José Mourinho becoming the face of BT in the UK (alongside with many other brands including Jaguar and Yahoo), Jürgen Klopp promoting Opel cars on TV ad, Atletico’s Diego Simeone capitalizing on pitch success and becoming Canal+ ambassador and Guardiola actively serving Bayern sponsors Audi and Adidas. In fact, the German brand of 3 strips has on going contracts with both Mourinho and Guardiola each of them worth circa 1mio€ per annum. A fee which is out of reach to the majority of active –even successful- football players. 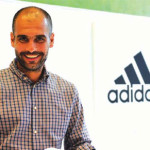 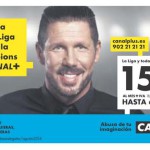 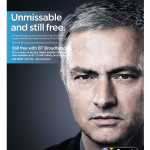 On social media, Real Madrid’s Ancelotti and Atletico’s Simeone have both recently launched their presence, rapidly reaching a nice critical mass. On Twitter, Ancelotti has already close to 1,2mio followers and Simeone already surpassed the 500,000 landmark. And now FC Barcelona new manager Luis Enrique is emerging as yet another high commercial appeal celebrity. His twitter account (he was one of the first managers to have one, well before becoming the owner of Camp Nou bench) has already 443,000 followers and his personality, youth and passion for sports practice confirm his tremendous potential to attract a variety of brands, well out of reach to the majority of top players he manages at FC Barcelona.