Replay is dressing FC Barcelona’s players for the second season and they have chosen new ambassadors for this season’s campaign. During a photo shoot session that took place in Barcelona, Replay unveiled that the ambassadors that he will use for their current campaign are Gerard Piqué, Neymar Jr., Andrés Iniesta, Ivan Rakitic and Luis Suárez, these two featuring for the first time in a commercial campaign for FCB. 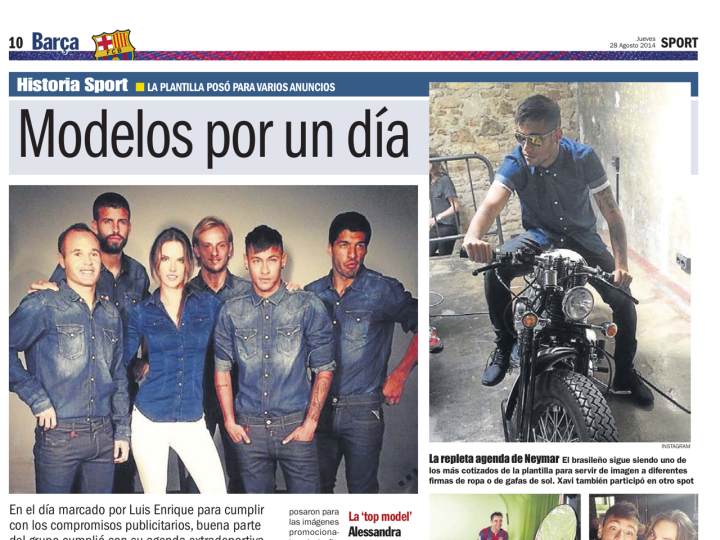 The players were joined by Brazilian supermodel Alessandra Ambrosio, who afterwards would post some pictures in her Social Media accounts. There were also some media present in the photo which, afterwards provided some extra exposure and visibility to Replay in newspapers and websites that mentioned the new campaign. 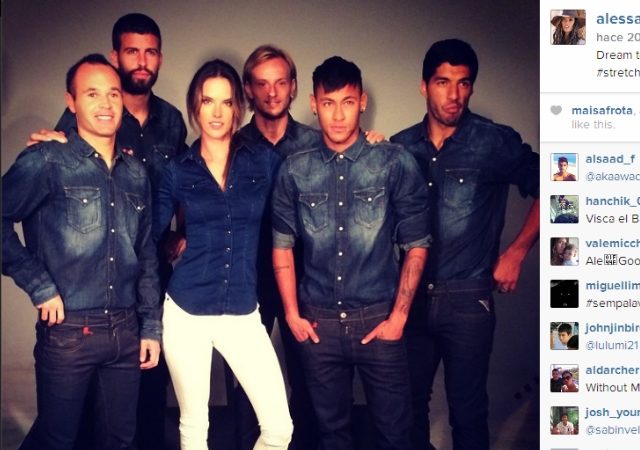