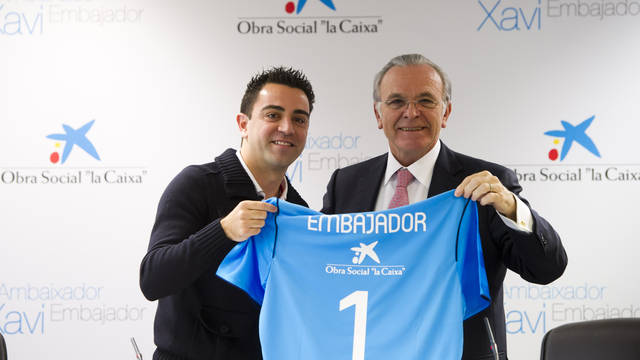 La Caixa recently announced in an official event with his main ambassador Xavi, who has been with them for several years as the ambassador of all the social projects that the company does, that they will help Johan Cruyff’s foundation to create yet another football pitch in the neighborhood of Can Tussell in Terrassa (Spain), where the Catalan midfielder was born.

The announcement was made with the presence of both Xavi and Johan Cruyff and it provided great exposure to the brand as it was used by different media. 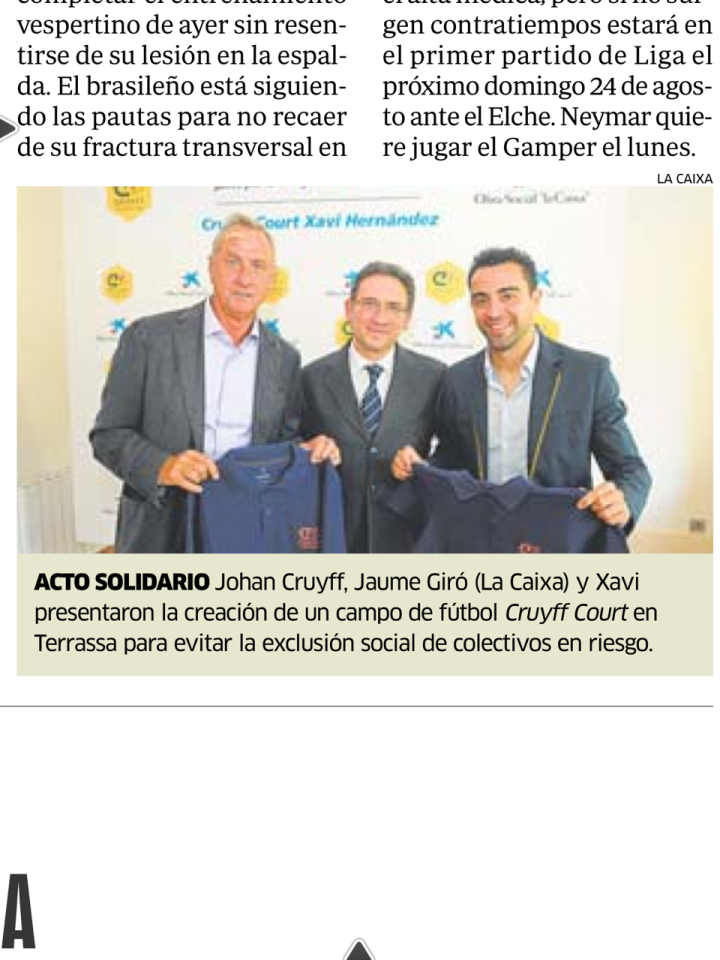 The agreement is part of a project called “Cruyff Courts” developed by the foundation of the former player and former Dutch coach Johan Cruyff. The Cruyff Courts are small soccer fields that can be used freely, and the project aim to promote the sport among children and youth as well as values ​​such as responsibility, integration, team play or prevention of childhood obesity and physical inactivity. Currently, there are over 185 of these areas in the world. The new Cruyff Court to be installed in Terrassa in Spain will be the ninth.