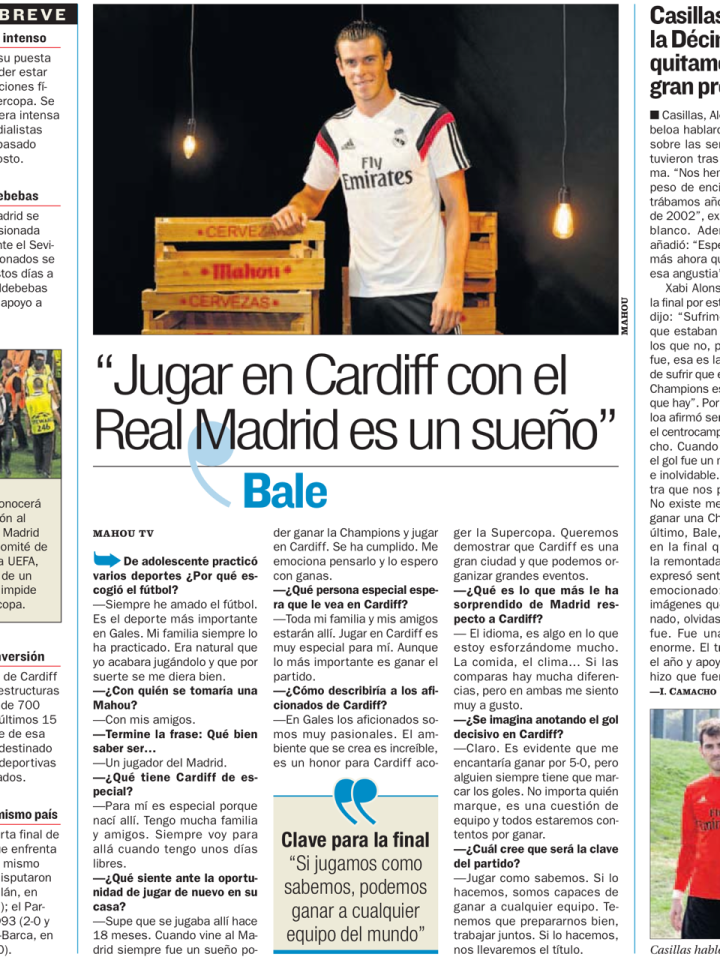 Real Madrid played (and won) the Super Cup Final as the winners of  the last Champions League. The final was played in Cardiff, city were one of Real Madrid´s stars, Gareth Bale, was born. Thus, the Spanish beer brand Mahou, which is an official sponsor of Real Madrid, took the opportunity to include the player in their activation campaign around the final. The player, who obviously has a special bond with the city of Cardiff, conceded an exclusive interview to speak about the crucial match and what he expects out of the new season.

The event was covered by both digital and traditional media and it provided very nice exposure to the brand, whose logo appeared in some of the most important sports newspapers and websites.

You can see below the exclusive interview by Mahou, featuring Gareth Bale: