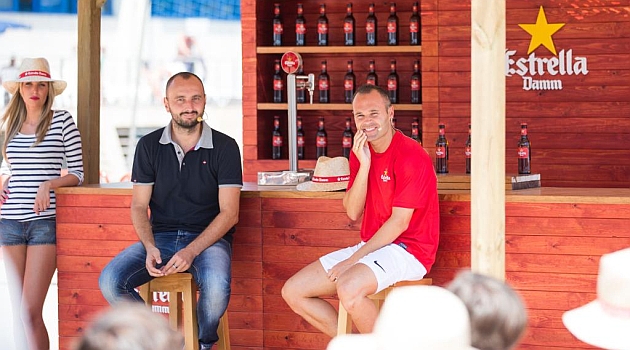 Estrella Damm organized a contest a few weeks ago around Andrés Iniesta. His fans would participate in a contest to win the chance to play a football game and to share a Estrella Damm with the player. The event was finally held in the beach of Barcelona and Andrés Iniesta conceded an exclusive interview to the different media present in the event. He spoke about Luis Suárez, about Luis Enrique and about how he felt about being the second captain of the team for the new season. He also reiterated that he is not quitting from international football and that he thinks that giving continuity to Vicente Del Bosque´s project is the right choice, despite the result they got in Brazil. 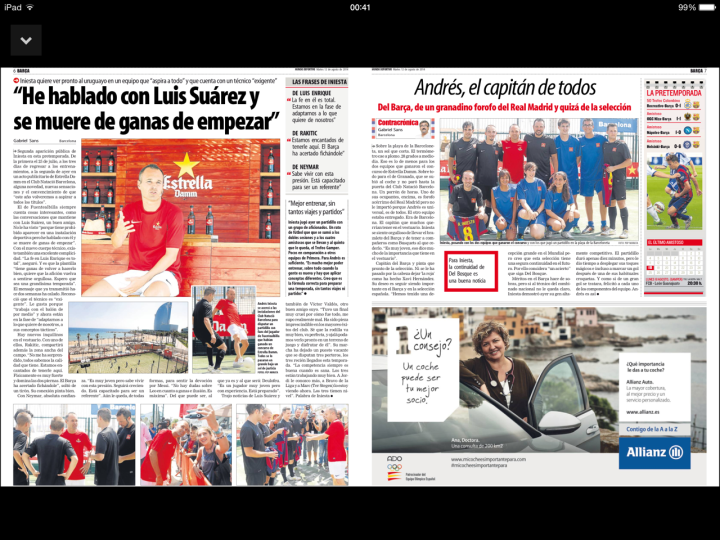 Andrés Iniesta has been an ambassador of Estrella Damm (a partner of FCB) for a while, and the association is providing very high levels of media exposure to the brand, as the outcome of their latest activity with Iniesta proves. The interview that the player gave during the event was then replicated and mentioned in some of the most important publications in Spain offering Estrella Damm great PR content not only in Social Media platforms but also in printed editions. 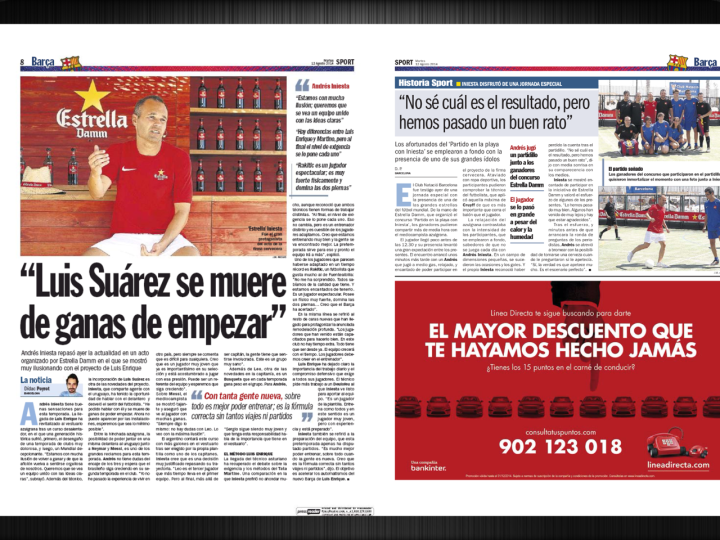