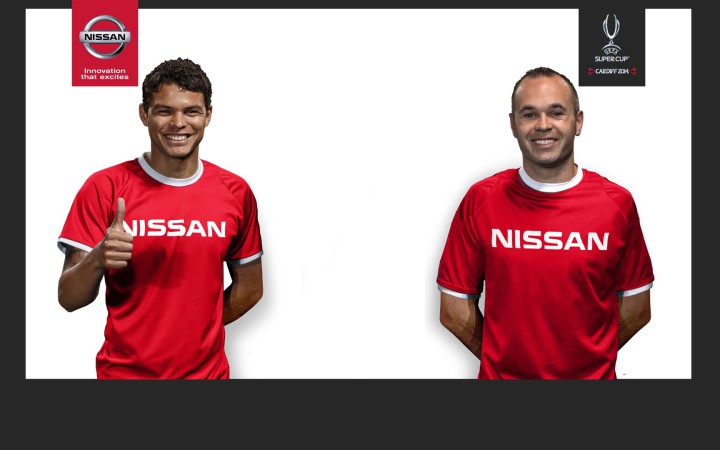 The FC Barcelona and Paris Saint-Germain stars will become “Engineers of Excitement” for the firm, supporting its campaign to “introduce new innovations to enhance the football fan experience”.

Both feature heavily in Nissan’s Champions League advertising campaign, which launched during the Uefa Super Cup, where Real Madrid beat Sevilla 2-0 in Cardiff, and will also make a number of personal appearances for the brand.

Nissan is already a sponsor of the Rio 2016 Olympics, Brazil’s Olympic team, the Africa Cup of Nations soccer tournament and NCAA football, among other properties. It also counts Usain Bolt and Sir Chris Hoy among its ambassadors.

“Nissan is absolutely delighted to welcome Andrés and Thiago to the Nissan family as our Uefa Champions League ambassadors and we are really excited that they will be heavily involved in our brand new global advertising campaign”, said Bastien Schupp, the vice president of marketing for Nissan Europe.

“As two of the game’s leading players who have won multiple titles between them, Andrés and Thiago will bring their passion and enthusiasm to Nissan and together we will innovate to excite the fans.”

The brand released a teaser where both players can be seen in a garage next to one of its models… we will have to wait to see more.