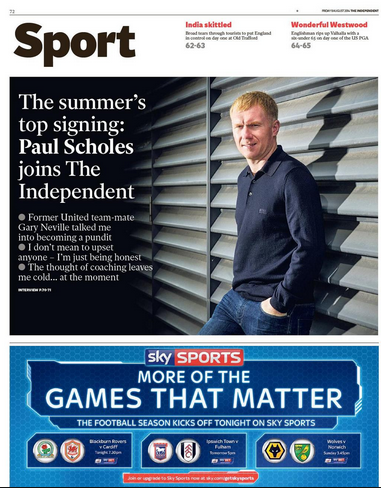 One of England’s most revered footballers, Scholes is to write exclusively for The Independent, and its sister paper i, throughout the new football season.

The former midfielder will give his frank, honest and forthright opinions each week – and, in true Scholes style, has promised to pull no punches.

He said: “It’s a privilege to be writing for these newspapers and to be sharing my views as all the drama unfolds. I can’t wait for the season to start. As a player I always gave 100 per cent – and that’s how I’m going to be as a columnist.”

His articles have already been seen in The Independent, London Evening Standard and The Sun. 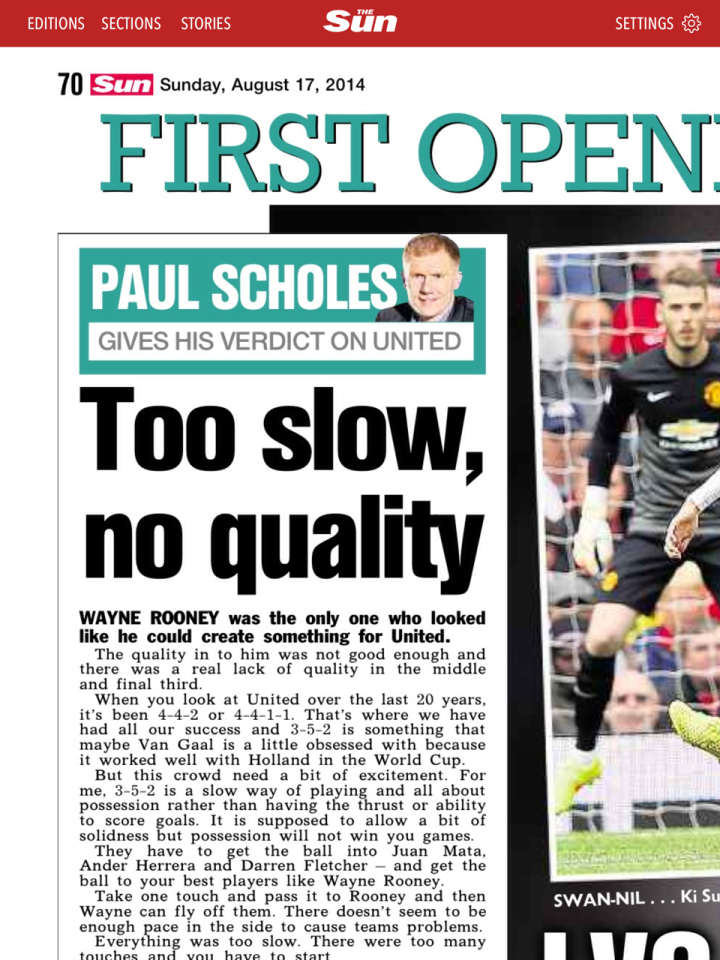 Rio Ferdinand, who was a pundit during the World Cup, proving he has some skills as a journalist and analyst too, also writes for The Sun and he has a brilliant new column with the popular newspaper. 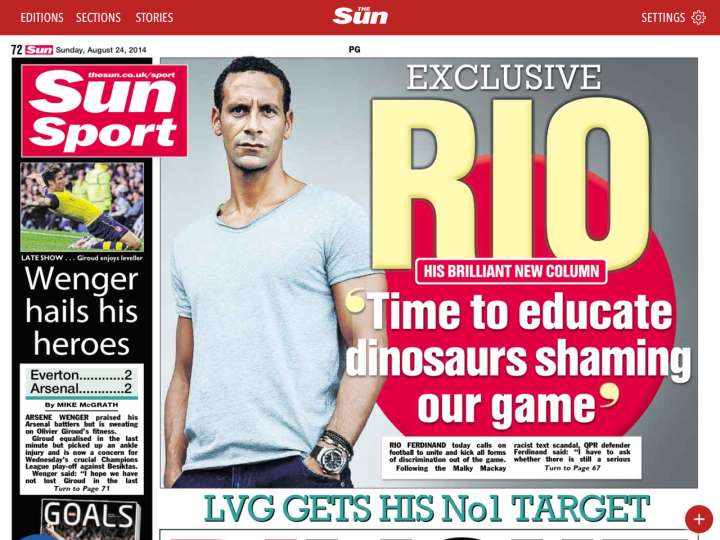