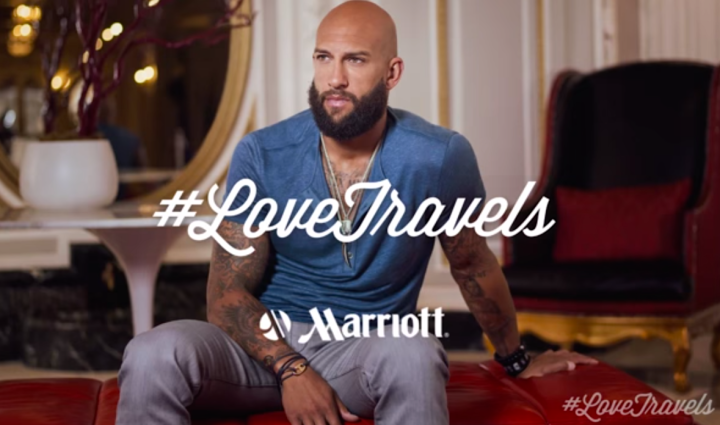 Tim Howard gets Marriot for love… to travel

The 35-year-old will appear in the company’s new #LoveTravels advertising campaign – a video series that “chronicles inspiring personal journeys by notable travellers”.

Tim Howard will be used for the brand in their activation campaigns and it’s a convenient partnership given that Marriott is already a sponsor of US Soccer and the US men’s national team.

The former Manchester United keeper’s international profile grew this summer after a string of performances took USA to the knockout stages of the World Cup, eventually falling to Belgium in extra-time, where Howard made a record 15 saves in a single match.

On the back of the World Cup, Tim Howard has also agreed a contract with US broadcaster NBC Sports to commentate on ten Premier League games this season.

Howard commented on the deal with Marriott: “I was inspired by Marriott International’s idea of #LoveTravels, and thought it was an incredible opportunity to share my love of soccer as well as my other personal passions”.

“#LoveTravels is about elevating travel beyond basic necessities and making it more about the people walking through the door. It is about feeling comfortable with who you are and tapping into that sense of belonging for the ultimate travel experience”.