The 36-year-old left Chelsea at the end of last season after 13 seasons and a club record 211 goals.

Lampard, who has signed a two-year deal with his new club, made 649 appearances for Chelsea since signing from West Ham in 2001. He has played 106 times for England, scoring 29 goals.

New York City FC sporting director Claudio Reyna said Lampard was “one of the greatest players over the last 15 years” and ticked all the boxes in terms of a signing.

Lampard said at a media conference in New York: “Why not chose New York City? For me talking about it ticking all the boxes, personally for me it does exactly the same. It’s a very exciting challenge for me in life terms.”

He added: “I’ve seen a real long-term plan and I wanted to be part of that. I want to test myself, I want to carry on challenging myself.”

Lampard did not speak to former England team-mate and ex-LA Galaxy captain David Beckham about MLS.

“I know David pretty well, but we’re not on every day speaking terms,” Lampard added.”I’ve spoken to him about his experiences in the MLS (but) the decision was all mine.”

Lampard, who was in England’s 23-man squad for the World Cup in Brazil but is still to decide on his international future, said that “There’s a lot of new challenges here, but I’m coming to a great city and I wanted to show people that I can play good football.”

The player is still to determine what the immediate future holds, given the season begins in 2015.

He added: “I’m going to keep fit, that’s the main thing. How I do that is not clear yet. I’m going to sit round with people at the club and sort that out.”

The press conference and the activities around the presentation were a huge success and the city of New York welcomed Frank to his new city as it happened with David Villa too. 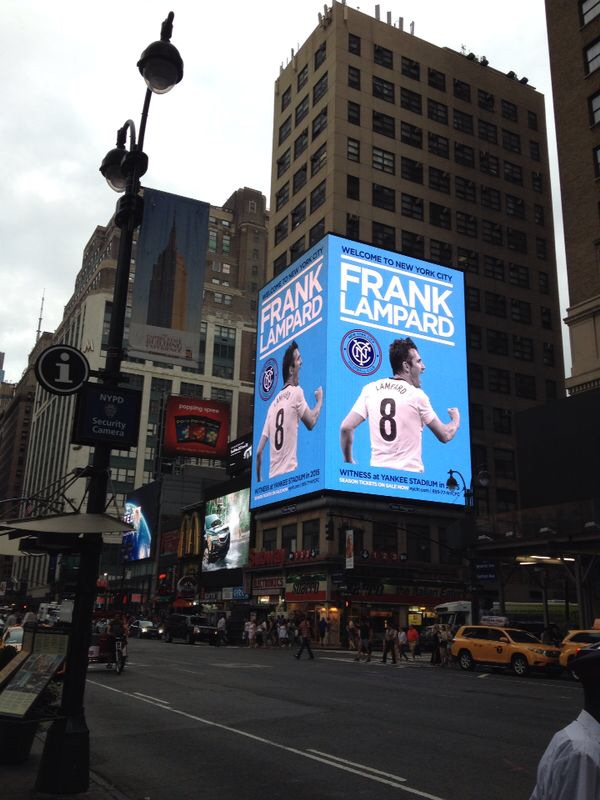