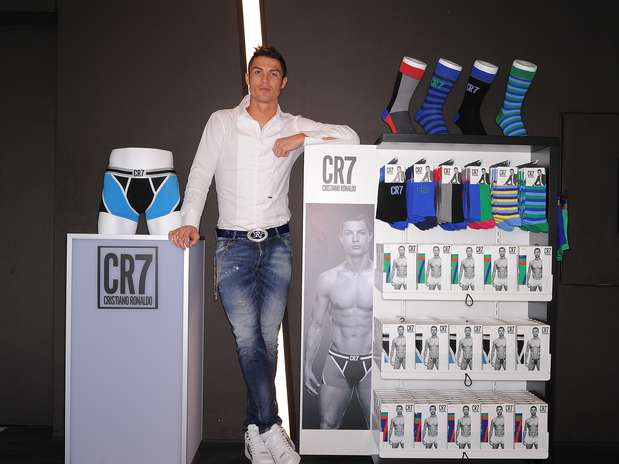 This week Cristiano Ronaldo announced his new footwear line in his personal facebook page. Also called CR7, the new footwear line is made in Portugal, Cristiano’s country of birth, features the finest available leather, a perfect standard regarding fit and workmanship.

Cristiano Ronaldo has his own fashion brand and in the past we have seen him present his line of underwear in Madrid displaying a giant banner of himself using the product. Apparently, the Portuguese shoe industry is nowadays recognized as one of the best in the world, due to its design, trend, creation and manufacturing, and Cristiano Ronaldo doesn’t want to be left behind.

According to Cristiano Ronaldo, the public will be able to purchase one of his shoes next February / Spring Summer 2015. Price not yet disclosed. The announcement got some nice media coverage and some newspapers in Spain wrote about it in their pages. 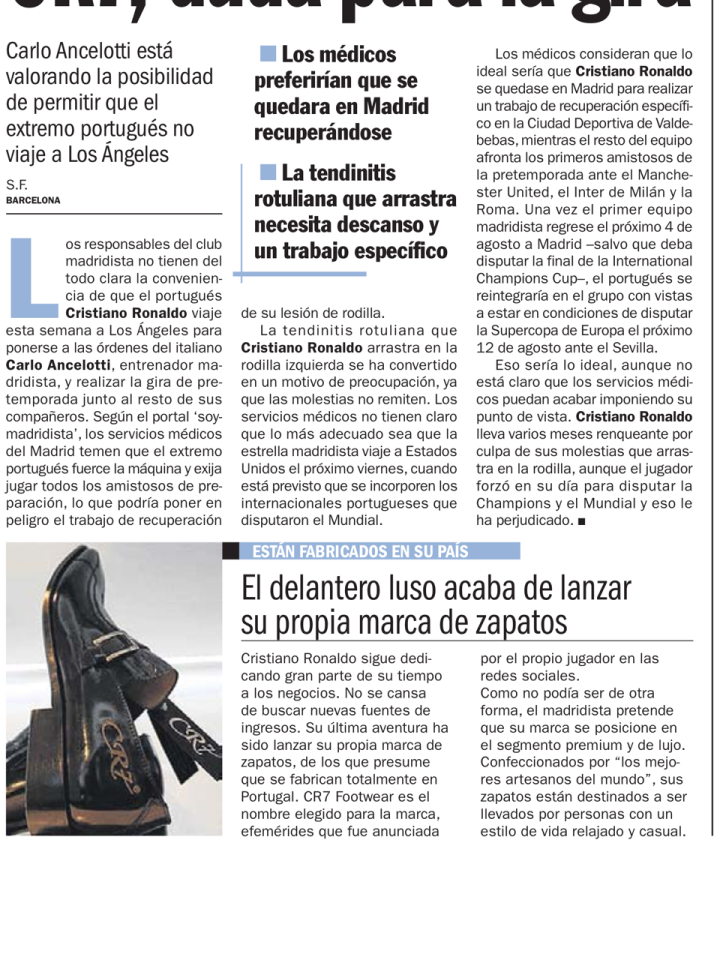