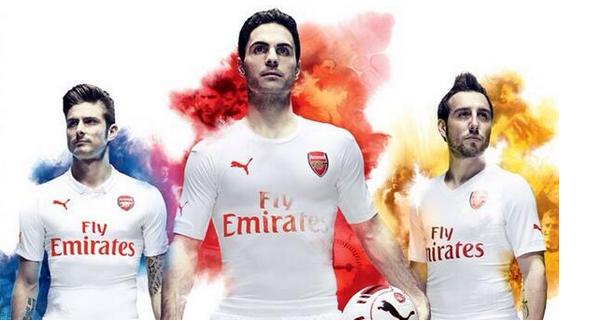 Arsène Wenger, Giroud, Arteta and Cazorla present the new kit for the 2014/15 season

Giroud, Arteta and Cazorla are the chosen ones to show the World the first ever Arsenal’s PUMA kit in the TV ad viewed and filmed from the North Bank, where the London Eye was transformed into the iconic Clock End. PUMA revealed mid July the 2014/15 Arsenal Kit Trilogy through a spectacular 20m high water projection on the River Thames in London. Gunners’ Manager Arsène Wenger is the person in charge of presenting the new kit (reinforcing our theory that managers are gaining popularity) and tells Future, Forever, Victorious story behind the kit designs, with stunning action featuring Arsenal’s first team stars.