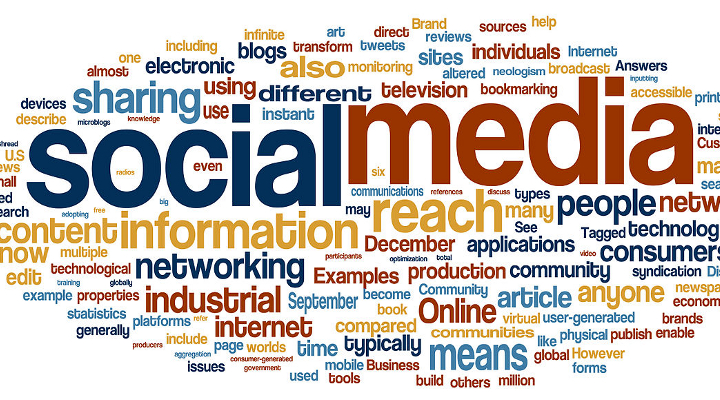 The World Cup’s final was a social media phenomenon but so was the whole competition. All players with an existing social media profile have seen it grow notably, even players who were not participating in the World Cup. Thus, players like Kun Aguero or Luis Suárez saw their digital profiles increase by more than a 30% in only one month. One of the winners was the World Cup hero Mario Goetze, whose digital profile experienced a growth of almost a 50% during the competition. 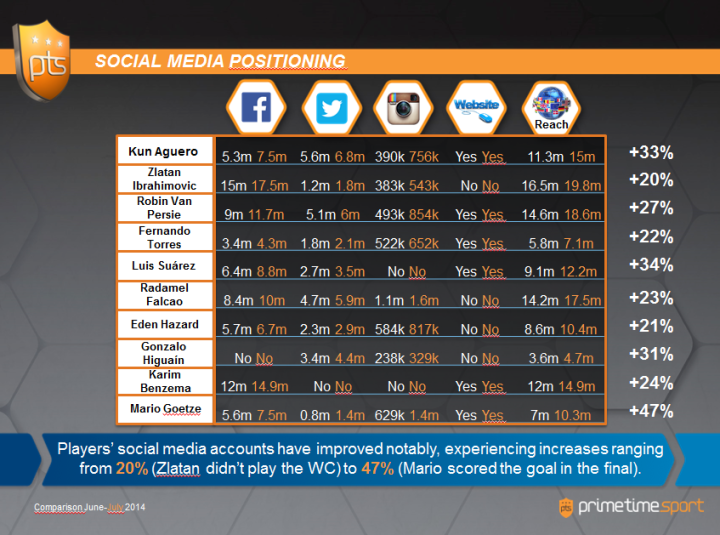 Brazil’s 2014 World Cup was won by Germany but Twitter and Facebook celebrated it too. Germany’s World Cup final victory over Argentina smashed global records on Twitter, and has become the biggest sporting event in Facebook’s history.

Twitter said that Germany’s 1-0 victory peaked at 618,725 tweets a minute, easily breaking the previous record of 580,166 set during the team’s 7-1 demolition of Brazil in the semi-final.

However, the total of 32.1m tweets sent during the game – tracked on a global heat map as the game progressed – failed to break the record 35.6m set by the Germany/Brazil game. 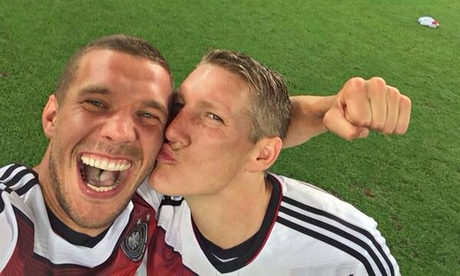 German player Lukas Podolski proved to be something of a one-man Twitter “selfie” phenomenon – a shot of teammate Bastian Schweinsteiger kissing his cheek immediately after the victory was retweeted more than 88,620 times and received an impressive 78,169 favourites.

Facebook said that 88 million global users made a record 280m interactions – posts, likes and comments – during the World Cup final.

The social networking site said this easily broke through the previous record held of 245m interactions, set by the Super Bowl in 2013.

Facebook said that the top five countries participating in the global “buzz” were, in order, US, Brazil, Argentina, Germany and Indonesia.