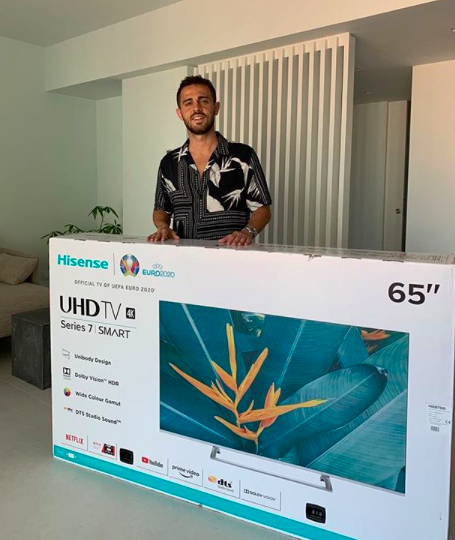 Manchester City forward Bernardo Silva has finished an amazing season under Pep Guardiola with 4 trophies in England. His commercial profile has increased a lot after a second very successful season with the club. That’s why brands like Hisense have showed interest in working with him. Bernardo Silva received a new Hisense TV, official TV of the UEFA EURO 2020, and tried it for the late stages of the UEFA Nations Cup.

Bernardo was joined by former Portugal legend Deco, who challenged the skills of City player to secure their favorite match in the TV. This campaign was shared by the footballer on his Instagram account, that has reached already 1.4 million followers. Each of Bernardo’s posts about the Hisense TV has reached more than 150k likes.