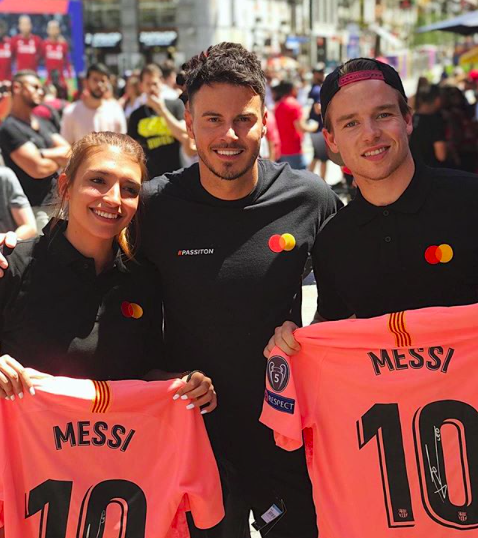 One of the major projects PrimeTubers have been involved this season was in the Mastercard activation for the UEFA Champions League final in Madrid. We selected four talents in an international campaign that produced great results. xBuyer acted as host influencer alongside Yolanda Need. They were joined by the English influencer MattHDGamer and the Dutch Koen Weijland that conformed the PrimeTubers team for this activation.

#PassItOn challenge consisted on replicate a football trick performed by the popular F2 Freestylers, also involved in the campaign. Our talents did their best to do so and received a major engagement, with more than 3.1 million views of their Instagram content.

xBuyer’s results were quite impressive with a total 1.7 million views. Yolanda Need followed with 668K, amazing stats considerin she has 128K followers on Instagram. MattHDGamer and Koen Weijland results both went around 400K.