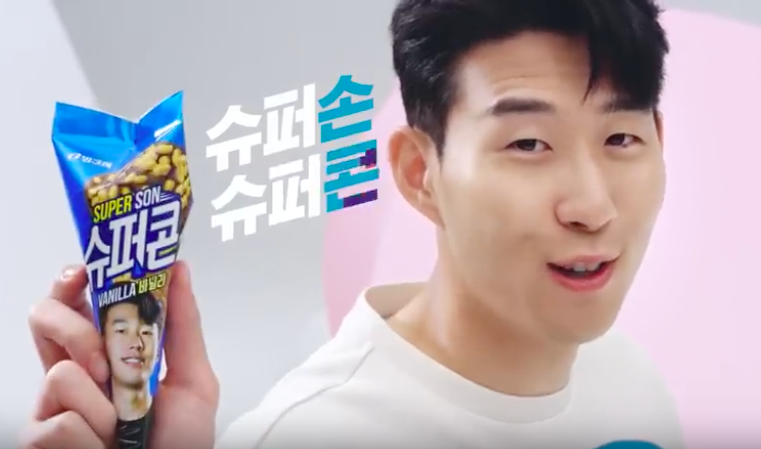 Tottenham’s striker Heung Min Son appears in commercial of the Korean brand Binggrae that has gone viral this month. The player has been named Best Footballer in Asia for three years in a row and is very popular in his country, where the video on Youtube reached more than 2 million views.

“Thanks to Son, the volume of Super Cone orders has increased around 25 percent compared to the week before the commercial went viral”, said a Binggrae official. Son has been improving his mark and his game this season, where he has become a structural part of Mauricio Pochettino’s plans. Tottenham’s highlight of the season was the qualifying for the Champions League semifinals against Manchester City in a dramatic match at the Etihad Stadium (4-3). Then they lost the final to Liverpool in Madrid (2-0).