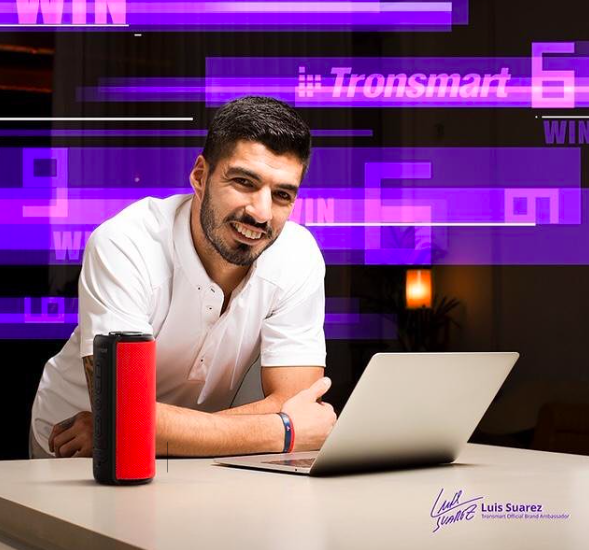 F.C.Barcelona striker Luis Suárez is celebrating Tronsmart’s 6th anniversary encouraging their fans to check the new T6 Plus Bluetooth Speaker. Suarez joined forces with the Chinese based company last year with the following statement: “Suarez is a fierce competitor and works hard to achieve great success. We have also put years of hard work into our products to ensure the best quality possible”. Tronsmart decribed the Uruguayan forward as the best man for the job.

At the age of 32 Luis Suárez keeps producing his best football scoring 21 goals this season in La Liga. Currently injured after the Champions League second leg semifinals against Liverpool and trying to recover in time for the Copa America, the Uruguayan is working hard on his recovery. In his latest action with Tronsmart Suárez organized a draw to win one of 40 T6 Plus Blueetooth Speakers to give away.