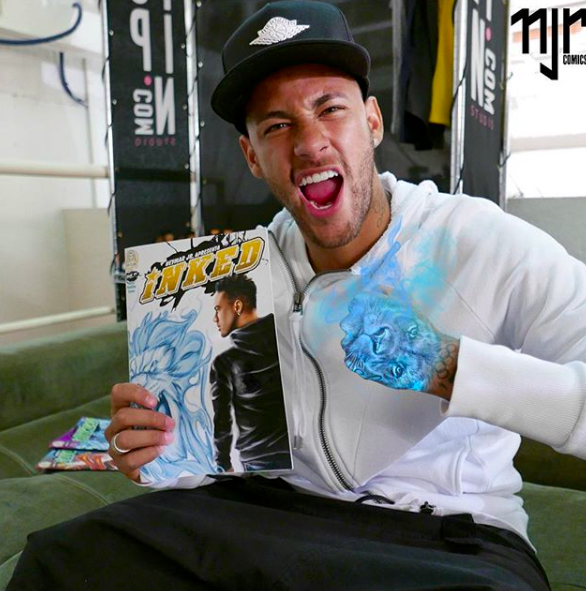 Neymar Jr has released a new comic book where he is the lead character. The series is called ‘Inked’ and shows Neymar as a superhero who saves his sister from a mysterious cartel.

Neymar said: “I’ve been blessed enough to play football at the highes level. Now I have the chance to bring new, modern, powerful storytelling through còmics and graphic novels. As a kid who grew up reading còmics, I hope that these stories and characters can inspire and entertain people”.