Retired English and Chelsea football star Frank Lampard was unveiled a few months ago as a brand ambassador for nanoM, a company which has founded a specialist facility to help current and former athletes with performance and injuries. Lampard opened nanoM’s athletes-focused facility in Dubai, which claims to be one of the first in the world to aim to investigate the underlying causes of sports injuries and to try to help to save and extend careers.

During the launch, a video showed Lampard being put through his paces to showcase the facility’s offering to athletes. As Lampard said: “As a player, your responsibility isn’t just training day-to-day, it’s to try and work around your specific training to make sure you prevent injuries and for that you need the facilities and the expertise.”

Lampard is also helping nanoM to get some visibility and awareness through his social media. He recently reached out to his 2.8m followers on Instagram and shared a post announcing that he had been interviewed by Men’s Fitness UK, where he had the chance to explain all that happens behind the scenes at nanoM Health’s facility in Dubai. 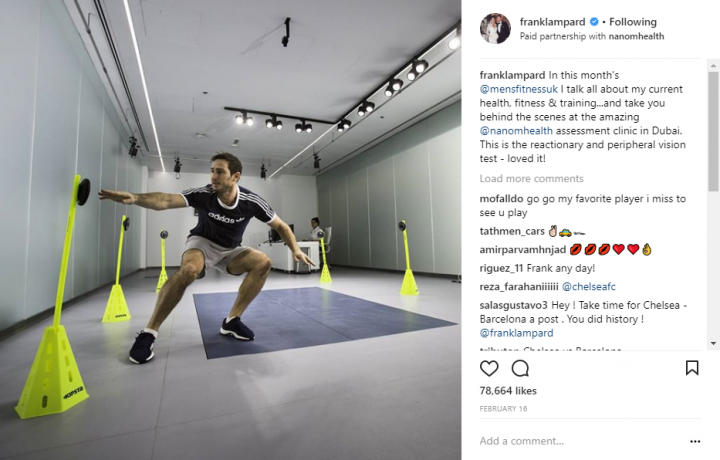