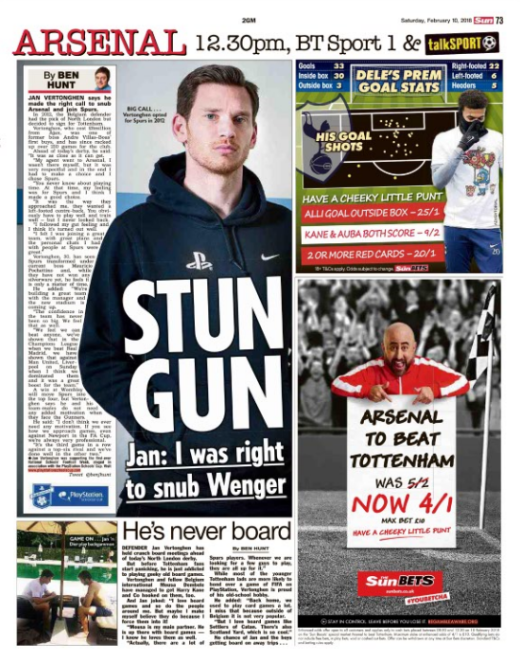 Using the popular formula of photo-shoot + exclusive interview that we have seen so many brands use in the past -particularly in the videogame industry (e.g. Ubisoft, EA, Playstation, etc.)-, Jan Vertonghen posed for Playstation Schools and recently visited the kids at The John Warner School. While promoting the brand and giving visibility to the project on traditional (The Sun) and social media (he has 1.5m followers combining Twitter and Instagram), he took the opportunity to explain why he thinks he made the right choice choosing Tottenham over Arsenal. In light of recent performances from both sides, one could argue that he made the right choice. However, he still has to win a trophy with Spurs… Might be 2018 the year he achieves it?