Back in August, Manchester United star Juan Mata launched an ambitious project to help the world through football. He is fully aware of all he receives through football and wants to give back to help those who are not so lucky. The objective of Common Goal is to unite the world of footballers behind a shared commitment to give back.

The idea is simple. Players pledge 1% of their wages to a collective fund. And Common Goal allocates this fund to football charities that create the greatest impact worldwide. 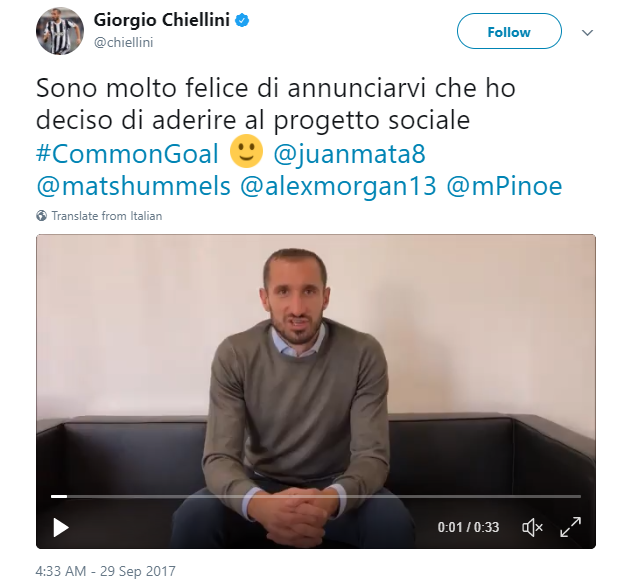 But the kernel of the idea began long ago. In Medellin, Colombia, in 1994 to be precise. It was then that Jurgen Griesbeck, Common Goal‘s co-founder alongside Mata, was inspired to abandon his academic studies in the country to devote his life to utilising football for good.

“You could argue that football is one of the very few movements that could inspire the idea of one humanity. Religions and political leaders actually struggle to achieve that but if we really aim for the stars this could be something beyond aligning an industry behind doing something for social good. It could be an example of how the world could and should work. It is much more than just a project.”

Best of luck to Juan Mata and Common Goal with this fantastic project!