Real Madrid star Cristiano Ronaldo has been the brand ambassador for Chinese smartphone maker Nubia for the past year, and the Portuguese striker has been now chosen to be the face of the new Nubia Z17 Mini smartphone. In the video above these lines, you can see some behind the scenes footage of Cristiano’s last photoshoot.

Through his social media accounts, Cristiano is giving great visibility to Nubia in Europe, where the brand doesn’t have the recognition that other Asian giants like Huawei or Samsung have. He recently posted a couple of pictures on his personal social media accounts, where he explained how impressed he was with the new smartphone during his last photoshoot with the Chinese brand. Cristiano Ronaldo is so big on social media that with the last two Instagram posts about Nubia, he got a remarkable 3.3 million likes! 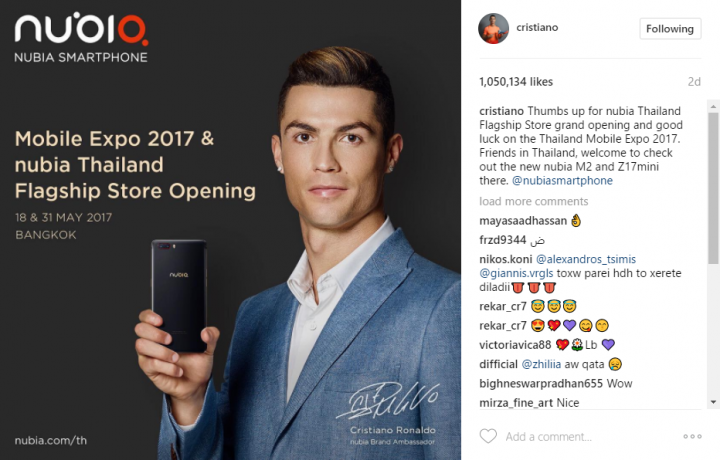 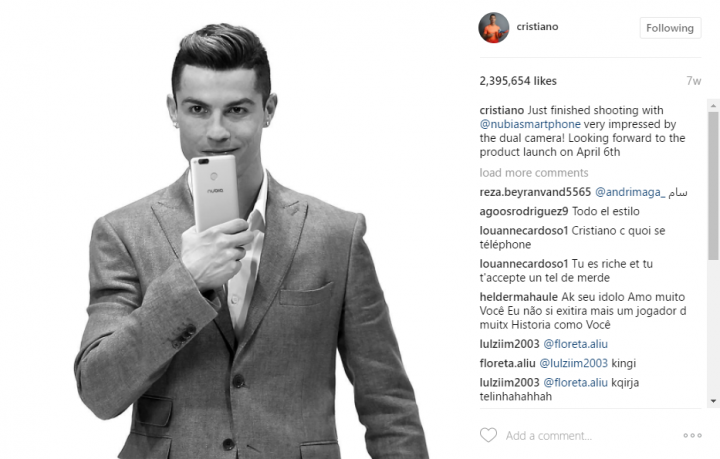