With Nike‘s famous slogan “Just do it” on the back of their minds, Cristiano Ronaldo and Türk Telekom invite people to dream in their newest campaign. The Portuguese star has been the face of Türk Telekom for the past few years and it’s helping the Turkish company gain visibility in the Turkish market. Not only Cristiano is helping through TV commercials and printed ads, but he is also using his own social media accounts to spread Türk Telekom‘s message. When the latest ad was released, Cristiano took the opportunity to share it with his fans on social media, thus helping Türk Telekom reach a very wide audience.

His performances on the pitch are making him win titles and awards, but Cristiano Ronaldo is also a superstar off the pitch, where he is the most followed athlete on social media. Only on Instagram he accumulates an astonishing +100 million followers! Opening the door to this potential audience explains why brands appreciate the value of the Real Madrid star as a media platform. 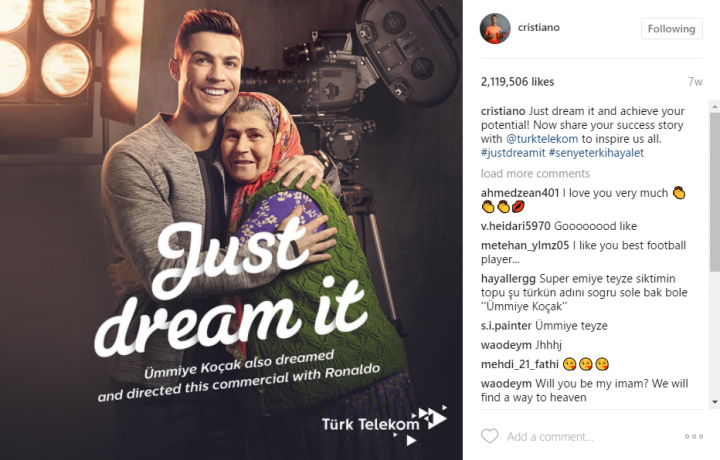