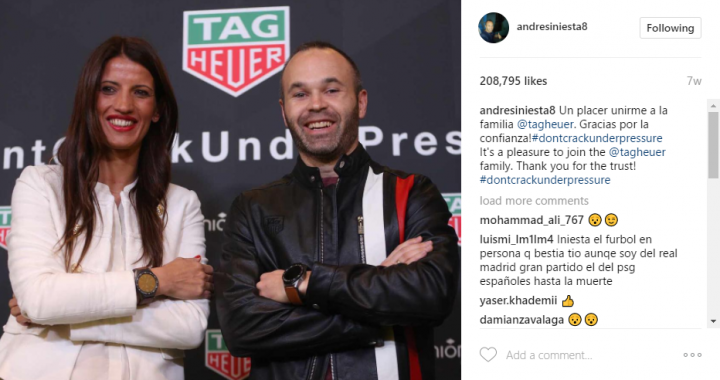 Andrés Iniesta was announced as the new ambassador for Tag Heuer in Madrid back in March, and he has been appearing in some of the brand’s activations with La Liga already. He was part of Tag Heuer’s promotion of El Clasico and most recently, he appeared in an ad promoting the new Tag Heuer Connected.

Not only he is a very popular player, but he is also a fantastic platform and has a huge following on social media, where he is also giving visibility to the brand as you can see in the example above. The brand continues to successfully build its campaigns around its famous #DontCrackUnderPressure. Below these lines, you can see Iniesta’s latest ad.