The French player has signed a new deal with  H&S. Atletico’s forward has agreed to become an ambassador for the firm, he also agreed to let his imagine to the Procter & Gamble brand for commercial purposes. Griezmann is also an ambassador for Gillette another brand from the Procter & Gamble family. The good relationship with the brand and the good performances of Griezmann on the pitch have led to this new partnership. Griezmann‘s personal brand keeps growing during this new year like it did in 2016, when he became one of the best forwards in the world and nominee for the ¨golden ball¨. 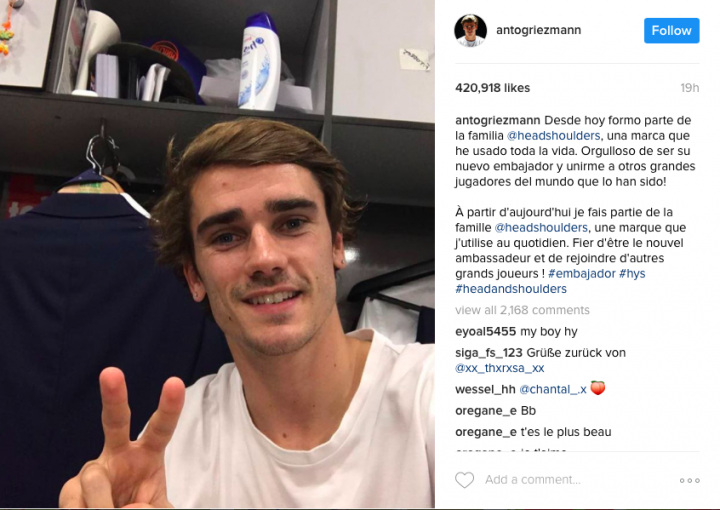 The striker recently used his social media accounts to announce the new endorsement. Griezmann will contribute to improving the brand’s image in France and it will help H&S to gain exposure and notoriety, next to other ambassadors like Joe Hart, Iker Casillas or Manuel Neuer. The Frenchmen has 3.4m followers on twitter and 8.5m on Instagram, which is a fantastic support to the traditional platforms.