Cristiano Ronaldo has officially partnered up with Bugatti. It is known by anyone who follows Real Madrid’s super star on social media, that he is a huge fan of luxury cars. The Portuguese forward has posted many pictures on his social media where you can see the cars that he owns, including a couple of Bugatti. In the past, we have seen many pictures of Cristiano with his Bugatti, but it seemed rather an organic promotion. It looks like Bugatti has finally decided to formaly partner with the player, and Bugatti and Ronaldo are perfect for each other. They both love speed and high performance. Ronaldo‘s image on and off the field is exactly what Bugatti wants and what the brand wants to be associated with.

In this latest collaboration, Ronaldo appears on a video driving a Bugatti worth more than 2 million, and giving his very own stamp of approval. He also took the opportunity to share the news on his Instagram account, where he got almost 3 million likes in just a week. 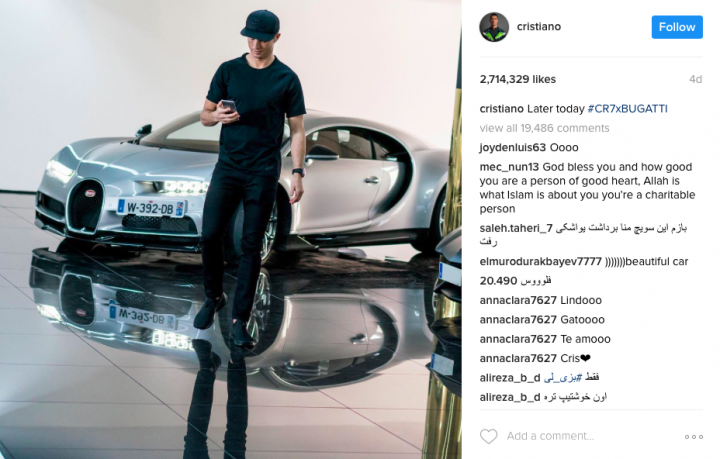