Chelsea’s winger Eden Hazard has been one of the Blues’ stand-out players this season, which has led the team from west London to the top of the Premier League table, and is the new ambassador of the Unilever brand Sure. The Belgian, who two years ago won the Premier League Player of the Year award for his scintillating performances as Chelsea won the Premier League title under Jose Mourinho, has now seemingly revealed the secret to keeping cool under intense pressure on the pitch. The winger used his social media to announce the new collaboration with Sure. 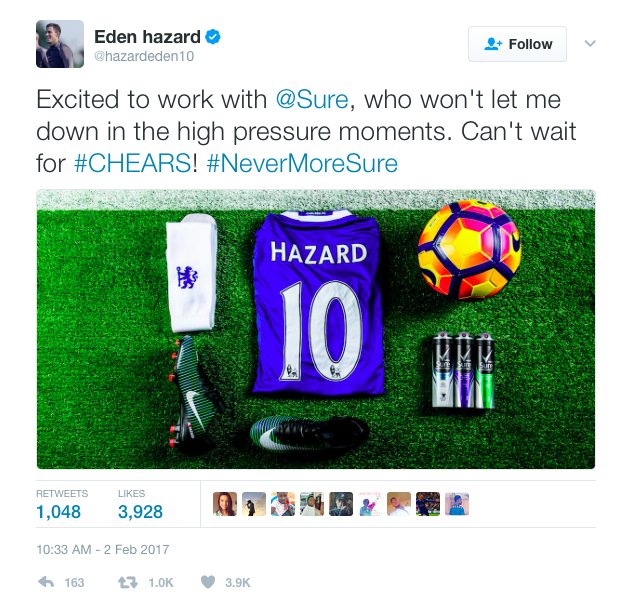 In a new advert for Sure, the 26-year-old is seen playing football and keeping ultra cool thanks to some help from the deodorant. Hazard twists and turns around defenders and goes on to prove the difference for the Blues yet again.

Sure (which is marketed as Degree in the USA and Rexona in most other places) thus becomes Chelsea’s “personal care partner” while Eden Hazard becomes a brand ambassador for the “UK’s number one male deodorant” as part of Unilever’s new incursion in the football industry. Sure recently announced partnerships with Everton and with Southampton.