Together with Sergio Agüero, Gareth Bale is the current ambassador of Nissan for the 16/17 Champions League season, and for the latest advertisement the brand created an original and unique campaign. Gareth Bale and Sergio Agüero had a filming session scheduled with Nissan, but the Welsh star had gotten injured recently during a Champions League game and was in no shape to participate. In a fantastic exercise of creativity and flexibility, Nissan designed a whole new campaign to continue with the Champions League campaign, despite not having Bale to be part of it.

For this unique campaign, which can be seen on the video above these lines. Gareth Bale surprised Ana Rueda, a 24-year-old lady from Madrid, when she received a message on her cell inviting her to take his place in a commercial for the Champions League with Sergio Agüero. Ana is a part-time student; she has played football since she was a child and she is a Real Madrid supporter. This move by Nissan was a very clever way to overcome Bale‘s injury, to connect with fans, and to improve the company’s brand image in front of fans. 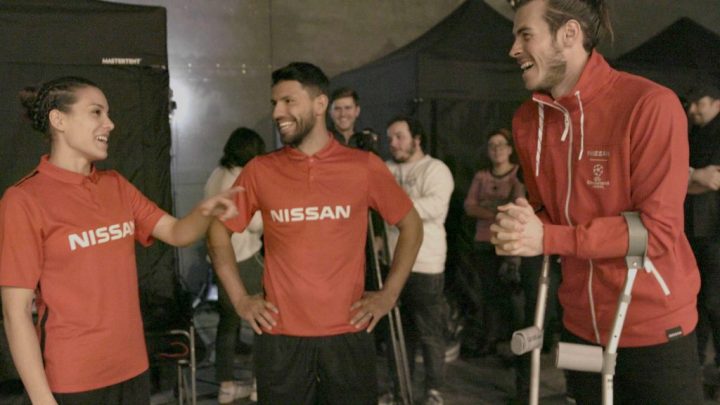