With the beginning of the new year around the corner all the brands are preparing their last campaign of the year to end the term on a good note. Brands are requiring the services of their biggest ambassadors to have more impact, and PokerStars has required the services of Cristiano Ronaldo for said last campaign of the year, which can be seen above these lines. The campaign is called #Raiseit and some other athletes like Dwayne Wade have also participated. The brand is somehow replicating the Beats by Dre marketing model, and using popular and influential ambassadors to spread the brand’s message. Cristiano Ronaldo was picked for this particular campaign, but PokerStars also works with other football players like Ronaldo Nazario, Neymar Jr or Gerard Piqué.

In the advertisement we can see Ronaldo juggling with a ball and doing a trick shot. At the end of the video, he challenges all the fans to #Raiseit and improve what he did. The Portuguese star has promoted the video on his social media channels, where he personally challenged Dwayne Wade in two occasions as well. 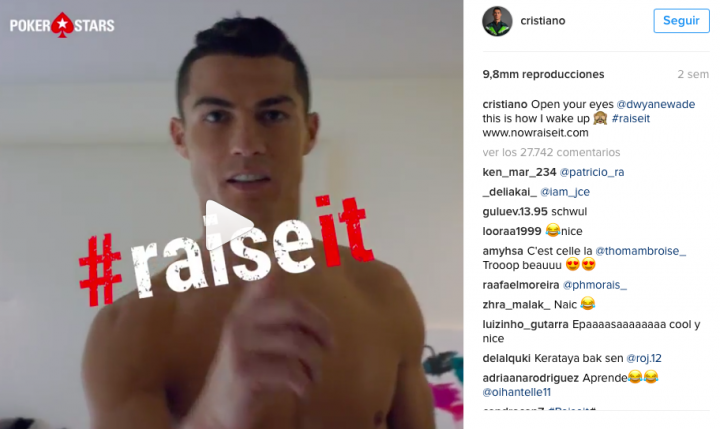 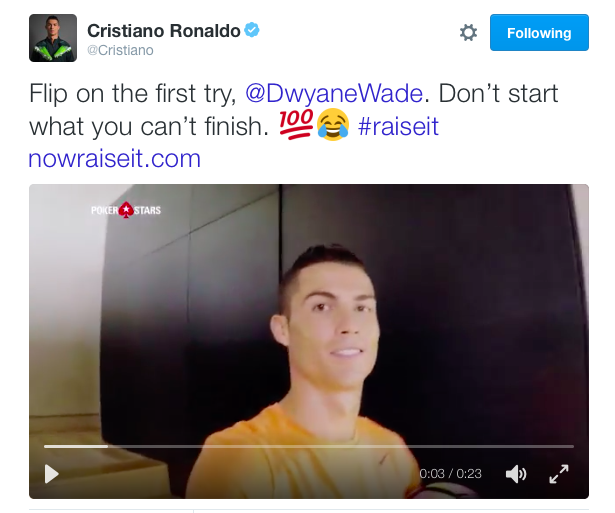