Head & Shoulders have reactivated its partnership with Iker Casillas and Oliver Torres to launch a challenge between the players and the fans. Iker has been with the Procter and Gamble owned brand for a long time now. The Spanish goalkeeper served as brand ambassador and he used his social media to promote the challenge, through the hashtag #RetoHyS, so people could participate and follow the challenge.

In this challenge the two players from Porto had to compete against fans in three different categories, foosball, real football and playing the Fifa videogame. At the end, Iker and Oli were crowned champions, winning two out of the three challenges. After the event both players also answered the questions from the media that were gathered covering the event. 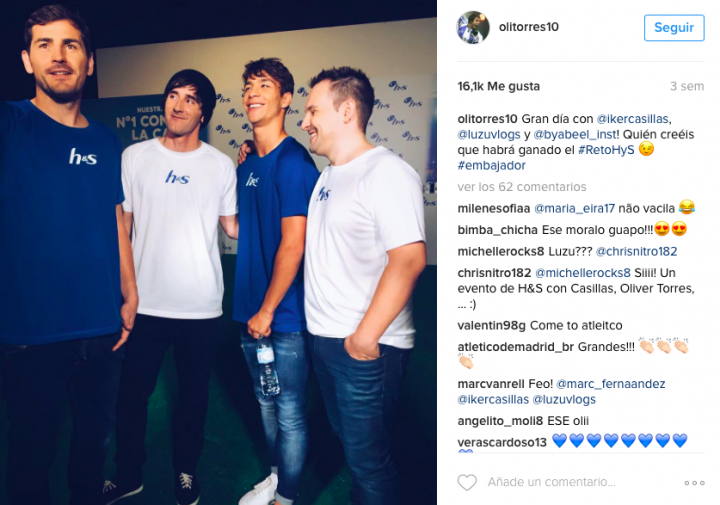