Apple has recently signed an agreement with Bayern Munich’s central defender Mats Hummels to promote Apple Music, the music streaming service of the American technology giant. Apple has chosen the popular German player, like others (Tag Heuer, Hugo Boss, Adidas, etc.) did before.

The defender has been announced as the new ambassador of the service and will lend his image to a series of advertising campaigns in his homeland, using the tagline “No matter where, when: With Apple Music I always have my favourite music”. 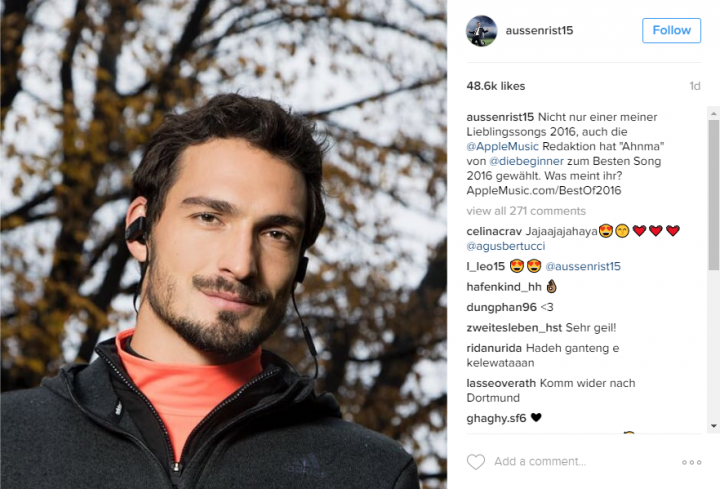 The defender has already taken the opportunity to use his social media accounts (Twitter and Instagram, where he has more than 2.5m followers) to give some visibility to Apple and to promote the regional campaign. Above these lines, you can see the TVC that it’s currently being aired in Germany.

Apple Music has also recently agreed a partnership with German telecommunications company Deutsche Telekom, which is the main sponsor of Bayern Munich, to promote the music service in the country. Thus, Apple can use Mats Hummels in conjunction with the Bayern Munich rights, obtained through that partnership.