Pep Guardiola has been in the spotlight since he moved to Manchester City in the summer, and Gore-tex have taken the opportunity to re-activate its partnership with the manager, to give some extra visibility to the brand. The waterproof clothing brand and Guardiola have worked together in many occasions since they signed a four year deal in 2015, and it became one of the very few personal endorsements of the talented manager. Under the slogan ¨let nothing hold you back¨ they have designed a new line of clothing and they have used Pep Guardiola as the image for this campaign. Above these lines you can see a photo-shoot from last season, when Guardiola signed with Gore-Tex, and below, the newest ad that was recently published in the Spanish Sport, coinciding with Pep‘s first days in Manchester. 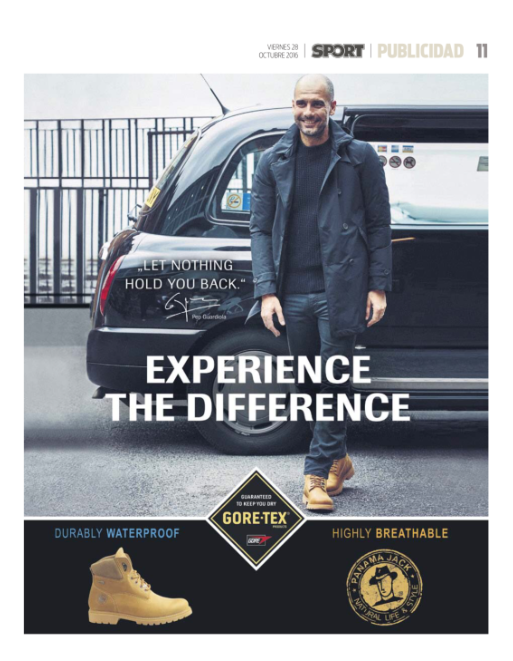 The prestigious coach has used his twitter to congratulate the brand on their 40th anniversary. Guardiola used the same tweet to help the brand to promote an online contest that they did to celebrate their anniversary. After having managed teams in three different countries and having fans and followers from all over the world, Pep provides great global exposure to the brand.