Paramount Pictures is currently promoting the upcoming title XXX: Reactivated and they recruited a very special guest. In the newest trailer of the movie, which has been just released in Spain, Brazilian football star Neymar shows his skills, while helping Vin Diesel and co. reduce the enemies. A movie full of action and Neymar‘s first steps in the industry. The star from FC Barcelona is getting more and more popular and his personal brand is growing fast. He is already one of the most marketable players in the world… who knows if Hollywood can be his next destination, once he retires from football…? You can see the trailer (in Spanish) uploaded by Paramount Pictures Spain above these lines.

The player was in LA during the summer and visited the Paramount Pictures‘ studios. He already took the opportunity to share the big news with his fans and followers back then and to give some extra visibility to the movie. Below these lines, one of his posts on Instagram, where he has more than 61m followers. 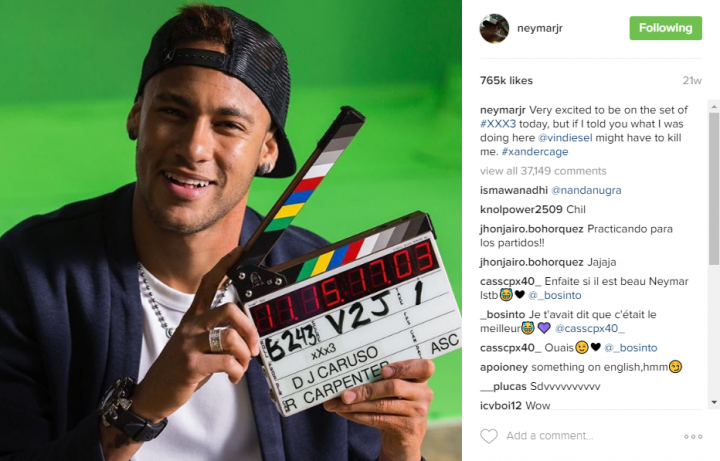