Our Primetubers DjMariio & Cacho01 recently collaborated with PepsiMax to promote the Champions League, with special attention to the FC Barcelona – Manchester City clash. The Primetubers launched a campaign on their Youtube channels and on their official Twitter accounts, encouraging their followers to make some guesses, to have the opportunity to win a PS4 and some VR goggles, courtesy of PepsiMax. The engagement from the fans of the Primetubers was very high and the video received more than 550,000 views in a couple of days.

Example of Tweets by our Primetubers: 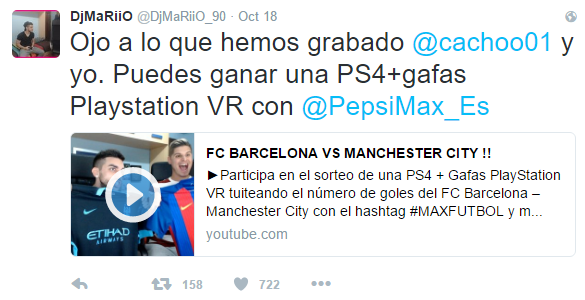 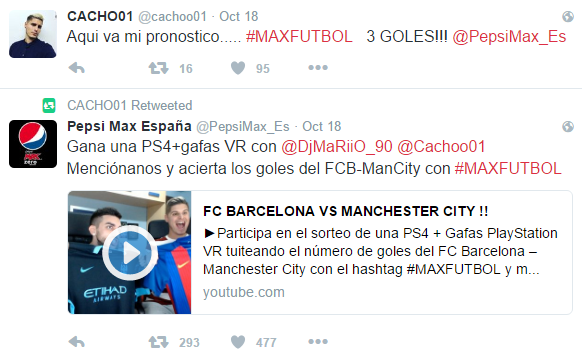 PepsiMax wanted to reinforce its partnership with the Uefa Champions League, showing how Youtubers get ready to watch Champions League games. They also used the action to raise awareness about products like Pepsi Max, which is the sugar free version, and also worked with Saúl (Atlético de Madrid) and Jordi Alba (FC Barcelona) to give some extra visibility to the campaign.