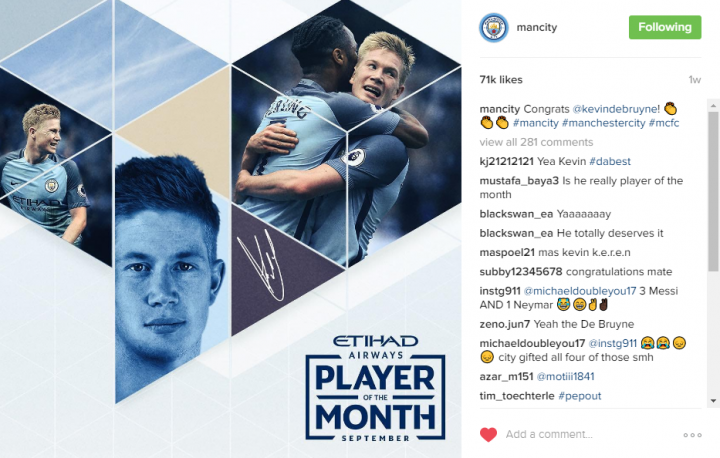 Kevin De Bruyne has started the season in style, just like he finished the previous one, and he had a fantastic month of September, which led him to win the Etihad Player of the Month award. Kevin scored 2 goals and assisted 3 more in the 3 Premier League games of September, with an especially good game against city rivals Manchester United. He also had a very good game on Manchester City’s debut in the Champions League, a 4-0 home victory over Borussia Monchengladbach. For all this and his contribution to the team during the month of September, he was voted Player of the Month. You can see how he collected his award here.