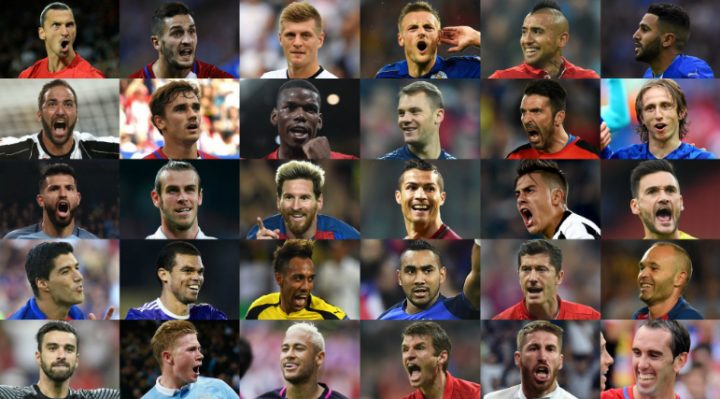 The event of the week for France Football, and the football industry in general, was the release of the list of candidates to win the Ballon d’Or 2016, award recognising the best player in the world in 2016. France Football has released a shortlist of 30 candidates, which includes Sergio Agüero and Kevin De Bruyne, alongside the two favourites to win the award, Cristiano Ronaldo and Lionel Messi.

This edition of the Ballon d’Or, 2016, sees the trophy return exclusively to France Football. Since the 2010 edition it’s been run in conjunction with Fifa. However, the agreement with Fifa has now come to an end and France Football will be running the competition. One of the main changes this brings is that the voting returns to its original format, with only journalists in Europe voting. Below these lines, all the candidates in alphabetical order. Once again, the list proves that it’s very difficult to please everybody, and fans have already started to complain about some absences like Sergio Busquets (FC Barcelona), Leonardo Bonucci (Juventus) or Alexis Sánchez (Arsenal), for example. 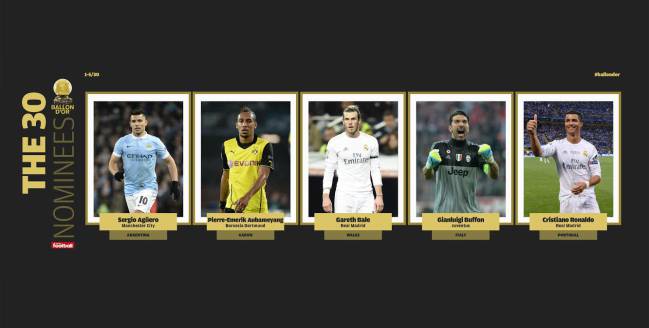 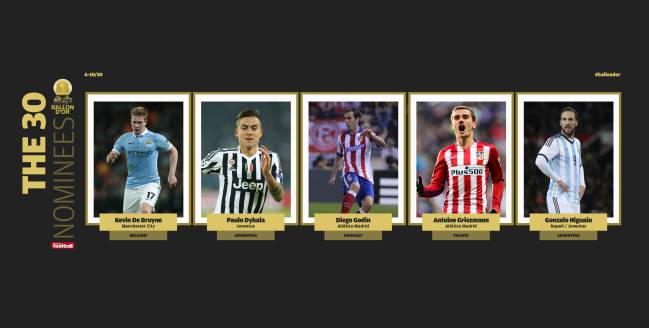 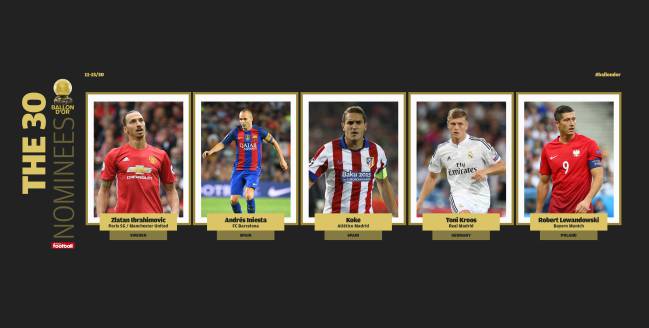 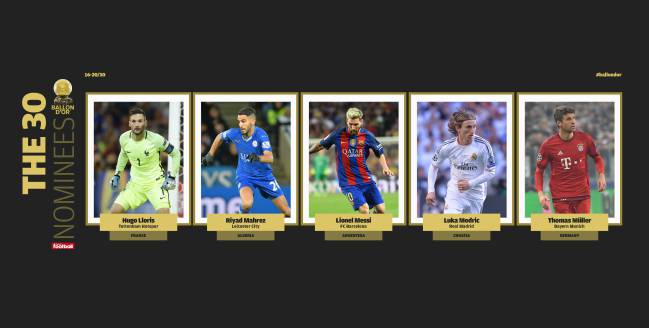 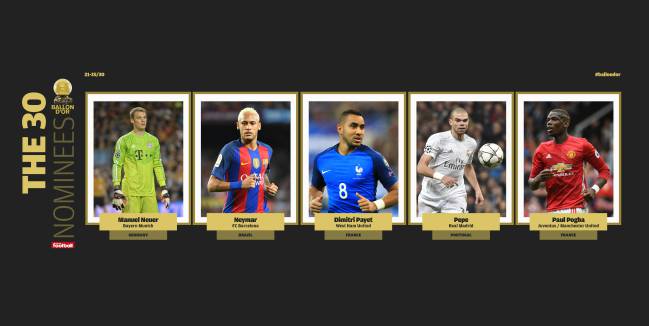 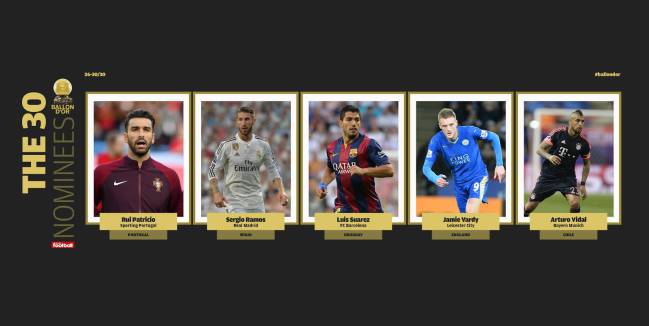