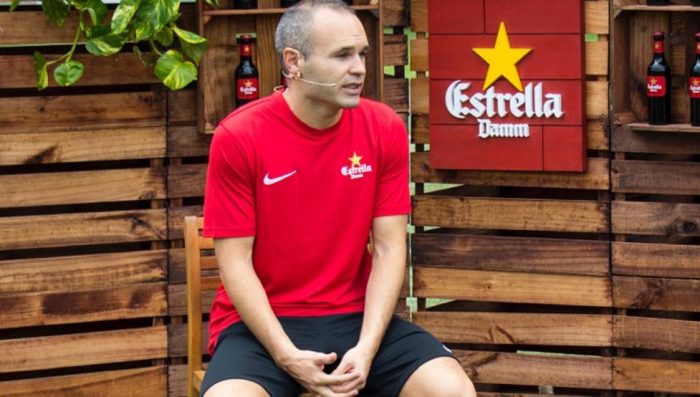 The Spanish midfielder, Andrés Iniesta, collaborated with Estrella Damm and his club (Estrella Damm is an offical partner) to put together a contest on Social Media. The winners would get the chance to meet Iniesta, spend a day with him, practice at FC Barcelona’s training ground and go to the Camp Nou to watch Barça play against Deportivo. The contest was announced via Social Media with the hashtag #IniestaForADay. To participate it was necessary to enter your data, and to like and share the campaign on your personal social networks (Facebook or Twitter). Many companies use these kind of contests to gain followers and exposure. 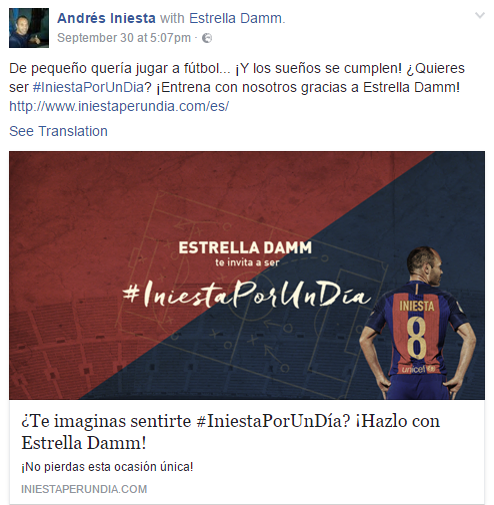 The event took place on October 13th and the fans enjoyed Iniesta’s company during the whole day, and they even played a game together. At the end of the event, he signed some autographs and answered the questions from the press. He covered different topics and he talked, for example, about their next game against Man. City and the job that his old coach Pep Guardiola is doing there. In the video below these lines, you can see a summary (in Spanish) of the event.