The Argentinian Coach from Atletico, Diego Pablo Simeone, has been announced as the new face of Hyundai. The Korean car manufacturer has been consistently using football to raise awareness and gain visibility. In the Spanish market, Iker Casillas was the brand’s ambassador for the last few years, and the company has also partnered with global competitions like the UEFA Euro. This season, and to promote the newest model of the brand, the Hyundai IONIQ, the Korean giant has signed Simeone as its brand ambassador in Spain. Simeone presented in Madrid the new model, in an event next to the popular Spanish comedian Joaquín Reyes. In the TV commercial that can be seen above these lines, they compare the Hyundai IONIQ with a football player, giving the car attributes that one would expect from a player (e.g. the car is agile, efficient, electric and versatile). 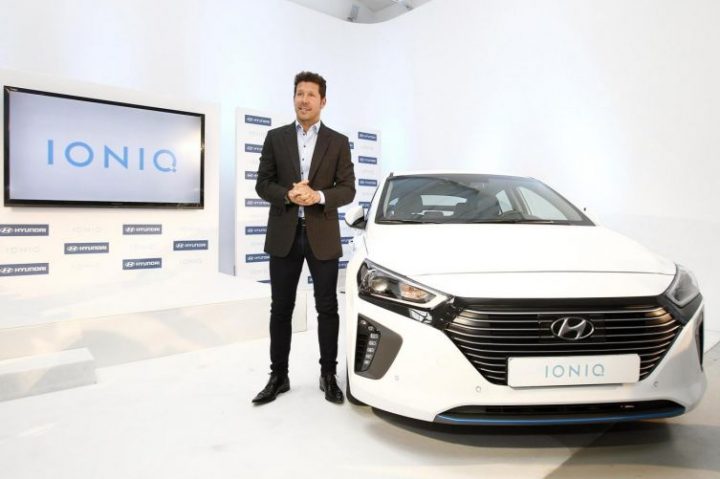 The brand chose Siomeone because his personal values are similar to the values of the Korean company. The Argentinan manager is known for being intense, hardworking and detail oriented. They both (brand and ambassador) agree that the best way to prepare the future is to work during the present. Hyundai has been actively promoting the new campaign on social media, and Simeone has also played his part to give it some extra visibility through his official Twitter account, where he is a very popular manager with 1.25M followers. 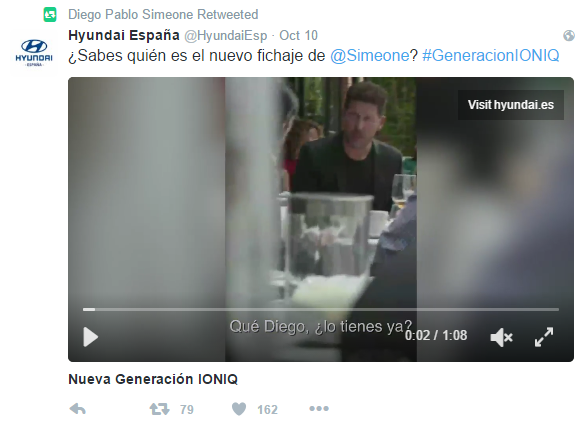