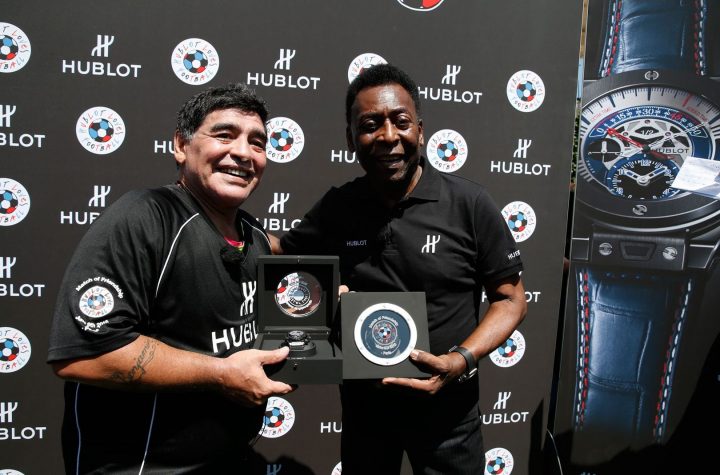 Watchmaker Hublot made history during the Euro 2016 in France as the brand celebrated the return of the tournament with two of the most legendary figures in football history. Despite being known for not having the best personal relationship in the world, Brazilian master Pelé and Argentine legend Diego Maradona joined forces with the Swiss luxury watchmaker to launch Hublot‘s Big Bang Unico Retrograde Chronograph – UEFA Euro 2016, the official watch of the tournament.

The two took part in a Match of Friendship at the courtyard of the Palais Royal, which was live streamed on Hublot’s official website, playing the role of coach to two teams with suitably impressive line ups featuring Rio Ferdinand, French striker David Trezeguet and Dutch midfielder Clarence Seedorf, all under the watchful eye of Premier League referee Howard Webb. The event got fantastic media coverage and provide great exposure for Hublot when it was later published in the different newspapers. 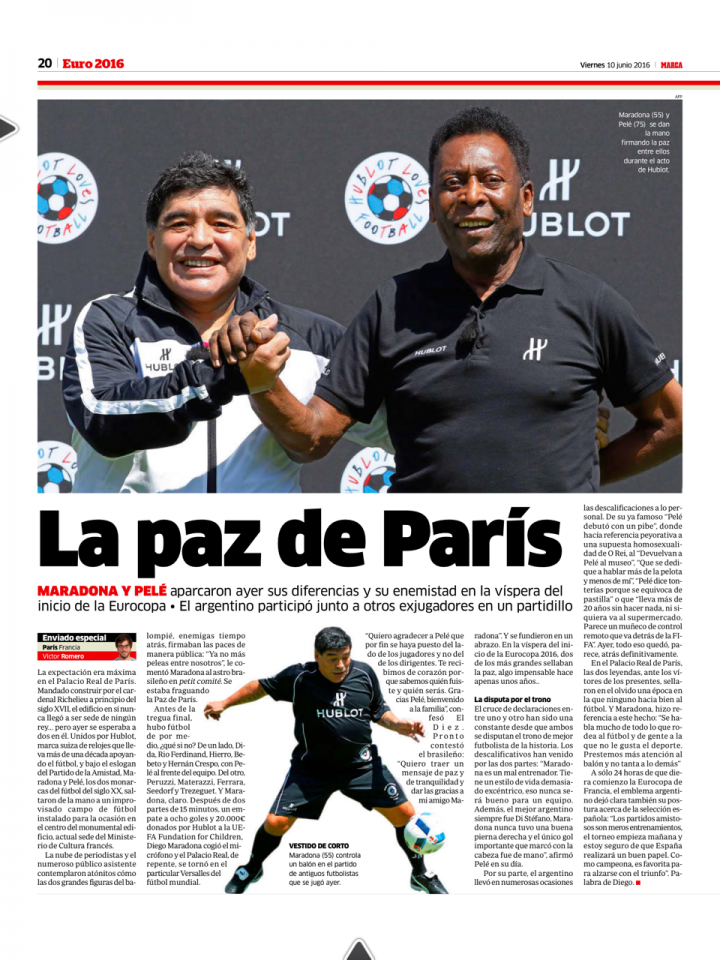 “We have all dreamt of an ideal team,” said Hublot CEO Ricardo Guadalupe, “of seeing some of our favourite players come together under the same colours. To see the two biggest rivals of all-time team up in a legendary match, buzzing with the passion for football that drives us all, is a real privilege.”

Players and attendees were equally excited about meeting the two legends and below these lines we can see a good example. Former Manchester United defender Rio Ferdinand posted a picture on his Instagram account to remember the day he met both legends thanks to Hublot, thus giving great visibility to the brand. 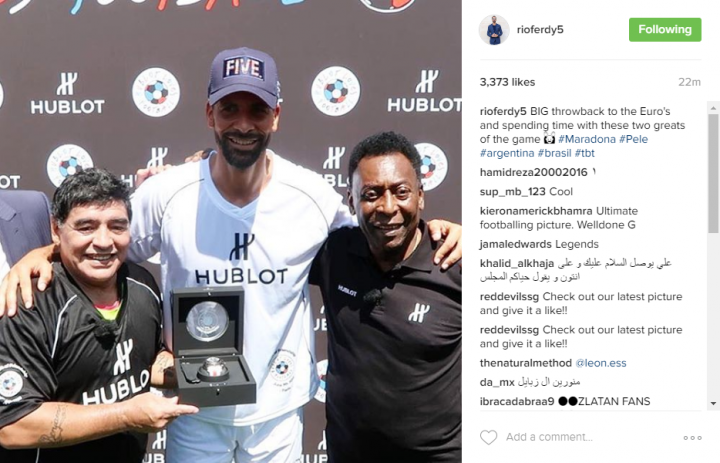