Just days before the start of the European Championship in France, Germany and Arsenal midfielder Mesut Özil took time out of his preparations to inspire young people from the Laureus-supported KICKFORMORE project in Stuttgart. During the visit, Özil was announced as the latest Laureus Sport for Good Ambassador, and the player would later share the news with his fans and followers on Twitter. 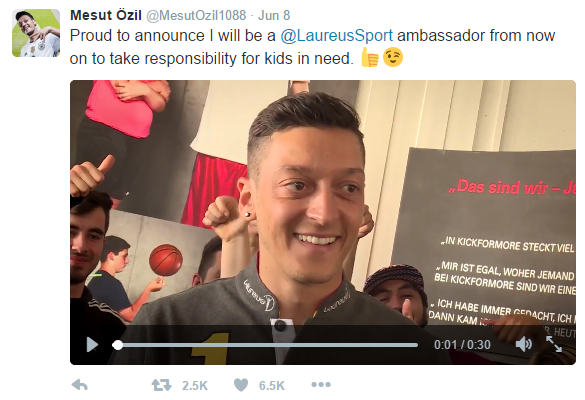 The highly successful German football star took part in the football activities with the young people, playing by the particular rules of KICKFAIR street football. At KICKFORMORE, two mixed teams of four players play in short matches, without a referee. Both teams agree on three individual rules before the match. Afterwards, both teams jointly evaluate whether all players have played by the rules and fairness points are awarded and added to the final score. 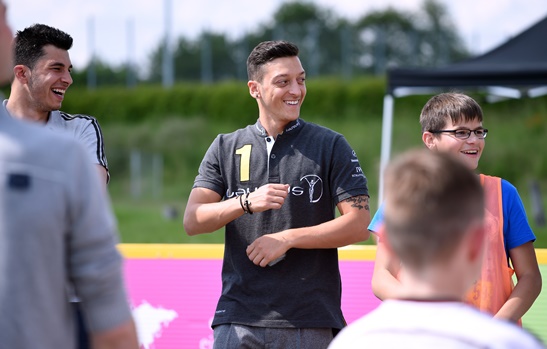 Mesut Özil’s visit was not only a special highlight for the project participants, but also for the player himself: “There are children here from several different cultural backgrounds, but it’s obvious that they are all united among nations and that it works out well. Most importantly, they are very respectful with each other, which is very much the same like in the German National team,” said Özil.

“For me, community involvement is very important and I can identify with the mission of Laureus Sport for Good. Sport, in my case football, has changed my life and influenced me positively. I am eager to give something back to society and to help children and young people who need assistance,” Özil commented, providing his reasoning for becoming a Laureus Sport for Good Ambassador.

The mission of Laureus Sport for Good is to use sport as a means to tackle some of the toughest social challenges facing young people today such as violence, discrimination and disadvantage.