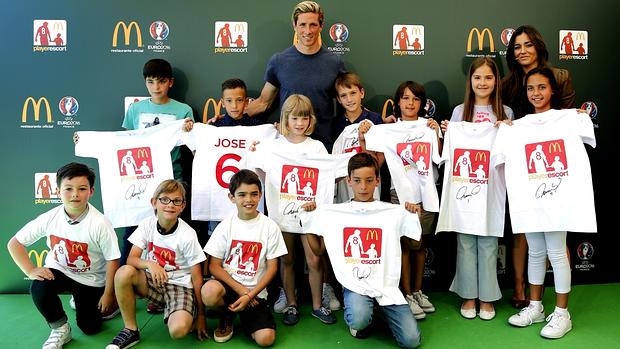 Atlético de Madrid striker Fernando Torres, activates McDonald’s ‘Player Escort’ program ahead of the EURO 2016. Torres will be responsible for selecting eleven children who will accompany the players of the Spanish team during the moments before the first match of the European Championship in France.

To be chosen, children had to show their enthusiasm for football with sharing a photo or a video with an original celebration. The international player then was part of the jury that finally decided the eleven lucky children that will go on the pitch by the hand of their idols on June 13 in Toulouse.

McDonald’s has activated ‘Player Escort’ campaign only through social media, using the application that the American brand has enabled on its official Facebook page. It already confirms the digital trend that brands are using more and more, leaving behind the TV ads and traditional promotions.

A similar route was followed by Orange with Kevin De Bruyne recently. Brands are shifting  towards events and digital activation rather than TV ads, which require a higher investment. The value for fans lies in being with their idols and having the chance to meet them on the flesh and that’s why brands are going after events with the players. Social media platforms are a fantastic channel to reach a very large audience and it’s much more cost efficient.

Video posted on Twitter later on, announcing the winners and explaining next steps: 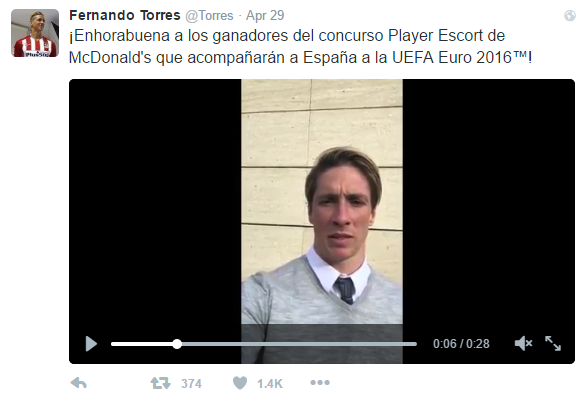