Carlsberg – the official beer of UEFA EURO 2016 – has launched its campaign ‘pubstitution’ ahead of the summer competition starring some English players including Wayne Rooney, Jamie Vardy and Tim Cahill. 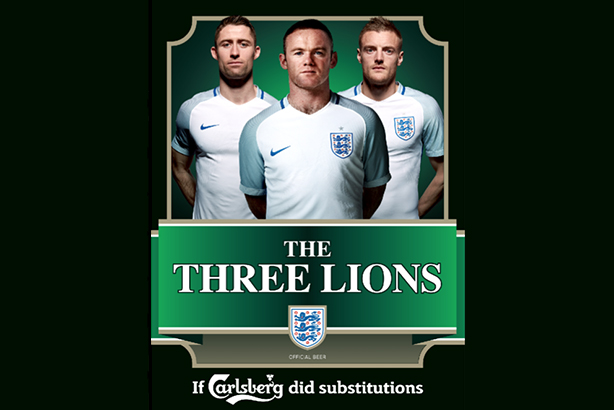 This time, nineteen English clubs will be renamed as ‘The Three Lions’ during the tournament and some of them will even receive the visit of some legend players including Terry Venables and Lee Sharpe.

The pubs will be given a new sign, new decoration elements and special glassware included as part of the ‘pubstitution’.

Paul Morris, brand and sponsorship activation manager at Carlsberg, said: “We’ve been involved with international football for over 20 years and this year, as part of our role as the Official Beer of Uefa Euro 2016 and the Official Beer of the England Team, we want to cement our status as the beer of choice for football fans and help our network of pubs deliver an incredible experience for their customers.”