Harry Kane recently received the golden boot award in England, consequence of the 25 goals that he scored for Tottenham last season. He is now in France with the national team to try to keep up his fantastic form and help England reach for the European crown. The excellent moment that the player is living on the pitch has started to bring him success off the pitch as well, as Harry Kane has signed an endorsement deal with isotonic drinks brand Lucozade Sport. 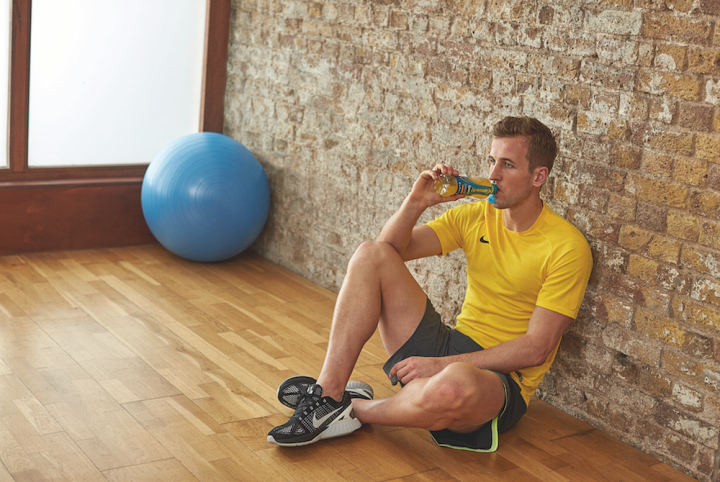 Harry Kane said: “Lucozade Sport has long been associated with active lifestyles and fitness. Working hard to get more people active and healthy is extremely important in my life and activities like this Summer of Moving campaign are vital for getting the country up and about.”

The promotion, which is live from 23rd May, includes a giveaway ahead of the opening of UEFA Euro 2016 consisting on offering consumers the chance to win a Fitbit Charge HR activity tracker every 90 minutes. Lucozade has partnered with Fitbit to encourage consumers, not only to get ready and hydrated for their workouts, but to track their progress and to challenge themselves.

Harry will be the face of Lucozade in the brand’s POS materials as well as in promotions and TV ads. In the first one, which has been just released ahead of the Euro 2016 to capitalize on the momentum generated by the competition we can see how Harry meets Larry, eccentric and funny social media fitness guru.