FC Barcelona and Spanish national team player  Andrés Iniesta has been chosen by the Japanese company Nissan for the launch of its global strategic campaign #TakeMeToMilan taking advantage of the return of the Champions League competition.

The car company – one of the main sponsors of the Champions League – started a selfie contest in which 25 people will be elected to attend to the final on May 28th at San Siro Stadium.

The winners of the contest will live an amazing experience as they will be encharged of waving the Champions League flag at the centre of the pitch just before the final match. 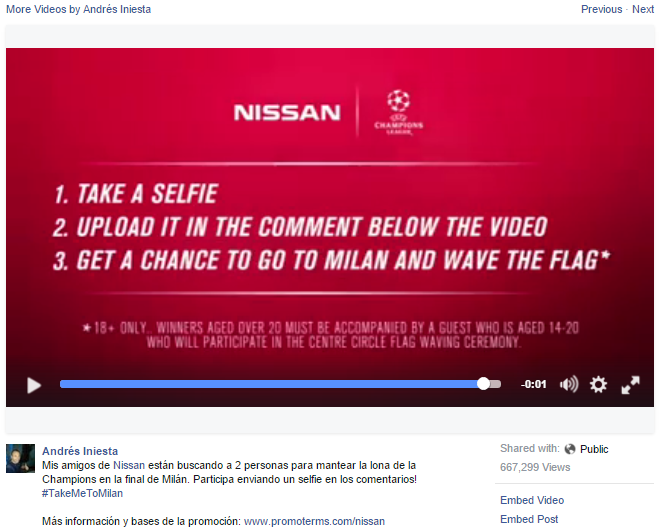