Gatorade – sports nutrition and hydration brand – reunites again Lionel Messi and Alexis Sánchez for its latest campaign #TheBestFuelTheBest. The TVC shows how hard competition between them is for professional players, leading them to extreme workouts to be the best in the field. Gatorade is an energy drink that gives them the extra energy they need to reach their peak performance. Other important players like Hernanes, Coutinho and Iniesta also appear in the ad.

The ad, which you can see above these lines, will be broadcasted on TV and Gatorade digital media platforms around the world, including the United States, Latin America, Asia and Europe.

As it usually happens, a global promotion includes posting the action in the players personal social media official accounts. 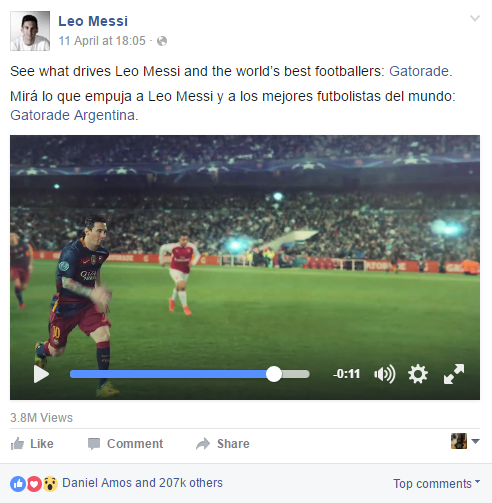