Samuel Eto’o has been announced as the new brand ambassador of the market leader mobile operator MTN in Cameroon. Eto’o – who now plays for Antalyaspor in Turkey – was formerly brand ambassador for MTN‘s main competitor, Orange Cameroon.

The ex-captain of the national football team of Cameroon and former FC Barcelona player is an idol in his country and so many national companies compete to have him as the face of its commercial brand.
The general manager of the company, Philisiwe Sibiya said: “Samuel Eto’o is the best African footballer of all time, a loved and respected icon worldwide. The journey of this young African from nothing to become, thanks to the work, one of the best footballers in the world, similar to that of MTN, a company created in Africa by Africans, who managed to establish itself as the leading telecommunications in Africa and a world reference in an industry driven by the most advanced technologies.”
As usual, the international football player has announced the endorsement deal in his social media personal accounts.
Facebook: 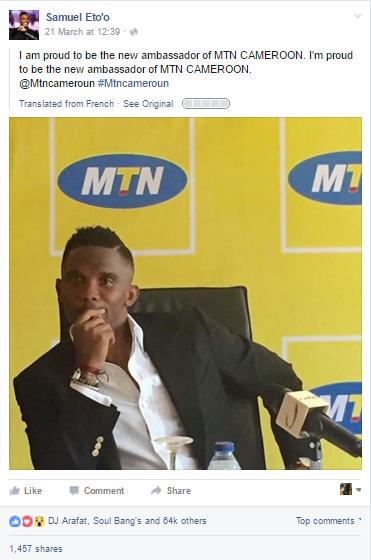 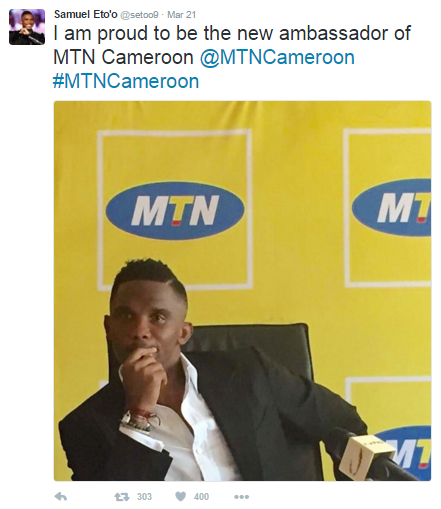 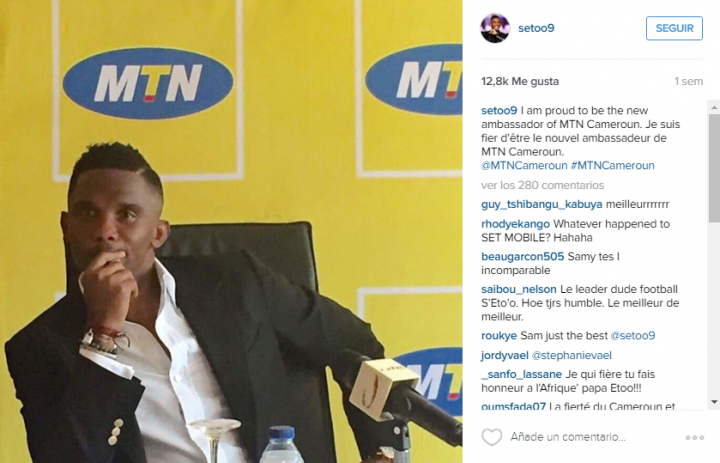