FC Barcelona superstar Lionel Messi has signed an endorsement deal with the Chinese IT company Huawei. This is a new ambassador contract for the Argentinian crack– considered the best football player of the world, and probably the best in history-. Thus, it is easy to understand the strong competition between brands to have him as their global brand ambassador.

This particular case is a good example of this competition. Previously, Messi was the ambassador of the Korean headquartered company Samsung, one of Huawei‘s biggest rivals, together with the American Apple.

Messi said about this change:

“The work I did with them [Samsung] was good and I really enjoyed it. What I’m doing with Huawei is even better because we share a lot of the same perspectives regarding goals and dreams, and how to achieve them. I think we’re a really good fit.” 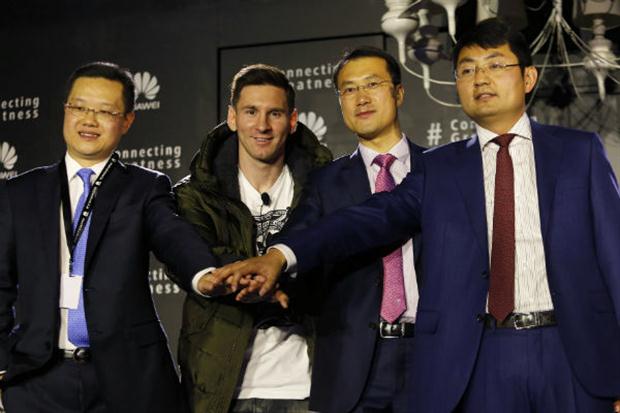 Huawei has traditionally been the sponsor of various teams in the world in countries like England, Netherlands, Mexico and Spain. And now having Messi as their global ambassador consolidates its strategy on football sponsorship worlwide.