In the ad we can see above this lines, Real Madrid superstar becomes the new player of an amateur team from Israel. His mates – the stars of a famous Israeli TV show “we’re on the map”- are talking about HOT features and when they mention the speed it provides Ronaldo put it in doubt: “Faster than me?”. The ad is pretty funny and original and Cristiano Ronaldo shows his most comic side.

He also took the opportunity to share it on his social media official accounts thus reaching millions of people and helping HOT gain visibility. As everything the Portuguese striker does it has generated lots of reactions in social media, some love it and others find it offensive. 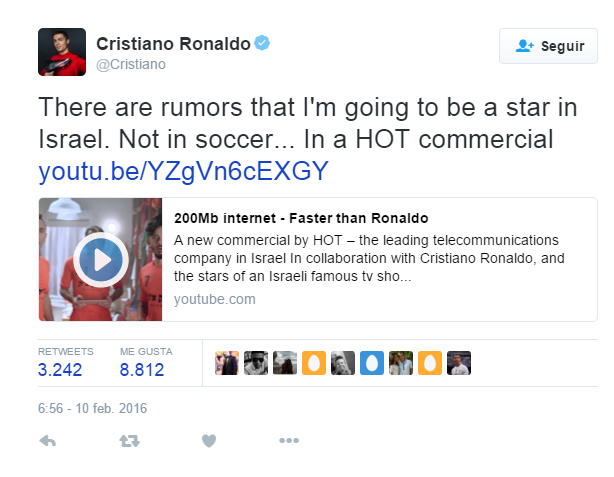